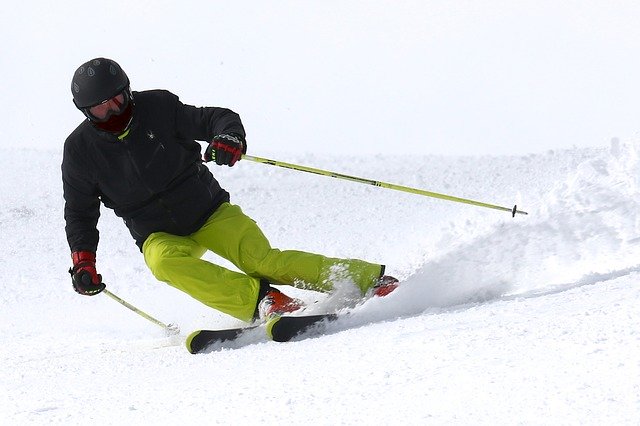 When I’m looking to get inspired about business, one of my favorite activities is to watch The Profit.

The Profit is a TV show starring Marcus Lemonis.

Marcus Lemonis is one of the great immigrant American success stories.

Marcus was born in Beruit, Lebanon during the chaos leading up to the Lebanese Civil War.

Four days after his birth, he was dropped off at an orphanage.

After eight months of living in the orphanage, he was adopted by Leo and Sophia Lemonis, who lived in Miami, Florida.

Marcus started his career working at his grandfather’s car dealership in Florida.

Several years into his career, Lee Iaccoca, a friend of the family, approached Marcus about an idea to create the largest RV chain.

These mergers and acquisitions continued to what is now Camping World.

In his free time, Marcus is the TV star of a show called The Profit.

One each episode of The Profit, Marcus finds struggling businesses, invests in those businesses and works to turn the businesses around.

Marcus puts his own money at risk when he invests in the businesses.

Marcus’s business philosophy is that any business can be improved by focusing on the Three Ps of business which are:

By using this three-pronged approach to business, Marcus is able to turn a failing business into a success.

A few nights ago, I was captivated by one of the episodes that featured a company called RAMP.

RAMP manufactured skis and snowboards based in the heart of ski country, Park City, Utah.

RAMP was a failing business that was losing more than a million dollars a year.

By the time Lou meets Marcus Lemonis, Lou had invested more than $8 million into RAMP.

The core of the skis and snowboards was bamboo that was layered by Kevlar and other composite materials.

One of the distinguishing factors of the products was the artwork featured on the skis and snowboards.

Marcus further learns about the marketing and sales program of the company.

The company’s primary marketing activities were activation events to build brand awareness and a tribe of loyal customers.

The prior year the company had spent more than $600,000 on its marketing.

Clearly, the money invested in marketing wasn’t getting an adequate return on investment.

As the show progresses, we get to the point where they talk about the companies finances.

For each of the past several years, sales had steadily increased.

However, each of those years the company lost more than a million dollars each year.

This company violated the number one goal of a successful company for multiple years.

The number one goal of a company is to make money.

A business should be a money manufacturing machine.

That is the primary reason to own and operate a business.

If the business is not making money, then something is fundamentally flawed in the business.

As Marcus Lemonis is talking with Lou Sardella, RAMP’s founder, Lou makes a very telling comment about why the company is failing.

While reviewing the sad state of the company’s financial affairs, Lous flippantly said the following:

“If the company was making money, I wouldn’t care about the financial statements.”

Wow, clearly Lou had a flawed view of what was going on with the business.

Somewhere along the way, Lou took his vision off the importance of the financial side of his business.

I can only imagine that he was wearing rose-colored glasses thinking that somehow tomorrow RAMP would magically become profitable.

Lou lost sight of the purpose of his business financial statements.

Those financial statements serve as a report card of the business.

Those financial statements provided in black and white, crystal clear detail tangible evidence of the business’s success or lack of success.

The financial statements give the business owner insight into what is working and what isn’t working in the business.

The financial statements give a business owner a reckoning of the effectiveness and efficiency of the business.

Those financial statements provide a wealth of knowledge on the business.

And here was Lou saying the following:

“If the company was making money, I wouldn’t care about the financial statements.”

What a backward thought process.

What Lou should have done was used the financial statements to learn where he could improve the business so that the business would make money.

To properly manage a business, the business owner must use objective data to make decisions.

The business must be managed by the numbers.

Otherwise, business owners get caught up in emotional hunches about what is and what isn’t working.

Those emotional hunches tend to be based on subjective data that cannot be verified or measured.

There is a relevant saying to remember when looking to make improvements in business.

You can’t improve what you don’t measure.

Several years ago, I spoke with a business colleague and he shared with me one of his business philosophies that struck me as incredibly profound.

I won’t do anything in my business unless I can measure it.

Measurement of key business activities is the only way to know if what you are doing is working.

Business success is often built on trial and error.

Many times we try something and don’t know if it is working.

The only way to know if something is working is to measure that activity.

Here’s what magically happens when one starts to measure business activites consistently.

The very act of measurement leads to improvement.

Our brains start their tremendous problem-solving prowess and figure out ways to make improvements.

We start to view the feedback loop of what works and what doesn’t work.

We then do more of what works and do less of what doesn’t work.

The most important success factor of your business is profit.

If you’re looking at ways to improve your business’s profit, send me an email at damon@www.damonyudichak.com with the word PROFIT in the subject line.