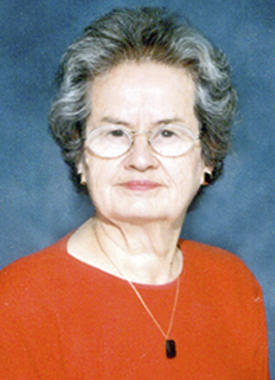 Six months ago, on January 24th, I woke up at 6 am with a singular thought.

My Nana, who was in her 93rd year, passed on from this life a few hours later.

A few years ago, I flew to her home in Bangor to visit.

I always had a special connection with Nana. My visit with her that summer would connect me to her and my roots in a way that I will forever treasure.

She was born in 1925 in Oklahoma.  Two years after her birth, her mother passed away.

I can’t imagine living in a world never having had to opportunity to know your mother’s love.

Later in her childhood, her father for various reasons gave her up to sister Sadie & her husband, Ora.

When Nana was 18, her father passed away.

There she was barely an adult, and both parents were gone.  As a young woman with a long life ahead of her, who would she become?

There was a young man Billie who had a special liking on Nana.  Before he could win over her heart, our nation became caught up in the Second Great War.

Billie enlisted in the Army and then was selected to be in the Army Air Corps.  He spent most of World War II in flight school.  Then he flew a B-24 Liberator to the Pacific theater.

World War II ended, and Billie settled back in Kansas.  He pursued my Nana, they courted and were married in 1943.

I only knew Billie as Pop Pop.

There they were two people who came from humble beginnings.  Salt of the earth from the heartland of America.

What would their union accomplish?

As two twenty-somethings, what did they have to offer the world?

And then I think about Nana.

Here she was with her whole life ahead of her.

Neither of her parents would get see the life she and Pop Pop would build.

Nana and Pop-Pop had five children.  Their first child Louise would later become my mother.

Nana & Pop Pop both lived through the Dregs of the Great Depression.

The Korean War erupted, and Pop-Pop was recalled to active duty.  By this time the Army Air Corp had become the US Air Force.

Pop Pop became a pilot of KC-97 Stratotanker and KC-135 Stratotanker.  He would serve refueling missions in Vietnam.  Later in his career, he flew numerous missions as part of Strategic Air Command.

Shortly after World War II, tensions between the Soviet Union and the United States escalated to begin the 45 years Cold War.

The United States and the Soviet Union built up an extensive nuclear weapon arsenal as part of a mutually assured destruction military doctrine.

If either the United States of the Soviet Union had launched a nuclear weapon at each other, it would have destroyed the earth.

During the Cold War, The United States developed the nuclear triad military force structure consisting of

Strategic Air Command was the branch of the nuclear military in charge of the strategic bombers.

Pop Pop piloted many airplane tankers to refuel the bombers midflight so the bombers could continue their missions.

I grew up during the Cold War and remembered having underlying anxiety about the chances of nuclear destruction.

Pop Pop retired from active duty as a Major.  He and Nana bought a plane.  During my visit with Nana, I learned that she was also a pilot and had a deep love of flying.

Nana and Pop-Pop had many great adventures together.

I grew up in a military family for most of my childhood. I found that we were moving from one Army base to another Army base about every three years.

Every few summers my mother took my brother, two sisters and I in a van and we would drive the two days to Bangor, Maine.

Usually, we would spend a couple of weeks on a cabin by the lake as I got to know my grandparents, cousins, aunts, and uncles.

I admired each of my mother’s family.  I thought they were all just amazing people.

Those summer trips to Maine were magical to me.  I have so many happy memories from Maine.

In the early eighties, Nana and Pop-Pop were driving on the highway and got in a car accident.

Pop Pop suffered a brain injury that changed him forever.

It was a shame that I never got to know him before he was involved in the car accident.

My mother adored her father.  It was a deep blow for her to see her father change in that way.

Pop Pop passed away in 1994. He and Nana had 47 years of marriage together.

One of the things that touched me deeply about Nana was her love and devotion to Pop-Pop.

During my last visit with Nana, we sat in her living room talking about her life.

She then began talking about grace and the power grace had in her life.

She spoke particularly of her Aunt Sadie & Uncle Ora.  They had provided Nana a lifeline that gave her a chance to have a good life.

That moment Aunt Sadie & Uncle Ora took Nana in was a turning point for Nana that gave her a path to a better life.  It was a moment of grace that Nana was incredibly grateful for.

I had felt a special connection with Nana.  She is a woman full of love for her God, her family and her life.

As I spent those days in the bitter cold of the Maine winter, I was filled with a lot of emotions.

Sadness to see her gone.

She was such a pillar, in my own way, I thought she would live forever.

I had the unique honor to say a few small words at her funeral.

There was a poem that I would have liked to have read at the funeral, but I didn’t have the words with me at that time.

There are stars up above,
So far away we only see their light
Long, long after the star itself is gone.
And so it is with people that we loved –
Their memories keep shining brightly
Though their time with us is done.
But the stars that light up the darkest night,
These are the lights that guide us.
As we live our days, those are the ways we remember.

Thank you for a life well-lived.  May your name be for blessing.