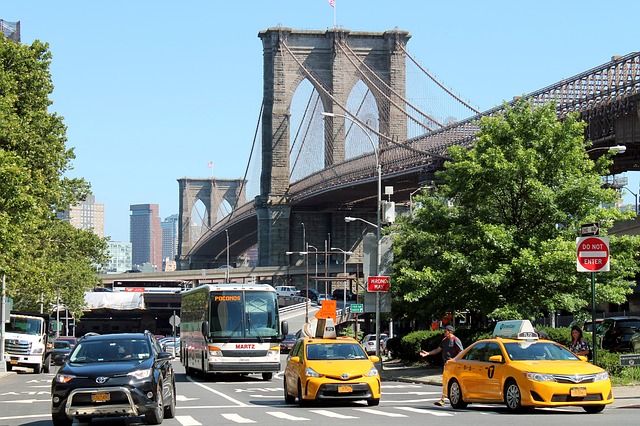 Did you know I can sell you the Brooklyn Bridge?

Every day more than 125,000 people cross the Brooklyn Bridge.

If you charged a toll of one dollar every time a person crossed the Brooklyn Bridge, you would earn more than 44 million dollars each year.

That’s a nice sum of money.

Back in his day, George C. Parker claimed to have the rights to sell the Brooklyn Bridge.

He would approach new immigrants as they entered the New York City and tell them about a fantastic business opportunity.

Finally, the law caught up with him, and George C. Parker spent the last years of his life incarcerated at Sing Sing Prison.

There’s nothing so powerful in America as the desire to strike it rich.

The California Gold Rush brought tens of thousands of prospectors to northern California in search of untold fortunes.

If you think about it even further, the very founding of America was fueled by those who sought wealth.

There is probably nothing so American as the desire to get rich.

Getting rich in America is the ultimate American dream.

Owning a house with a white picket fence pales in comparison to being so burdened with money that you have to buy a private island in the Caribbean.

Yet, so few people amass riches.

In his book, The Millionaire Next Door, Thomas Stanley shared the surprising statistics around American Millionaires.

Most American Millionaires would be barely recognizable in a neighborhood because they appear to live average lifestyles.

However, there are others that strike it out on their own searching for their vast fortunes as business owners.

If history is any indication of the future, most of the people who start a business because they fail.

I was headed down the path to failure when I started my accounting business more than eleven years ago.

Before starting my jaunt in entrepreneurial life, I had done well for myself.

I had scrimped and saved and had built a nice nest egg for myself in my early thirties.

However, I was living beneath my means and fairly wise with my money.

Somehow when I became a business owner, my good money sense went out the window.

I became a fool with money.

I should have known better.

I have more knowledge about money than 98% of Americans.

I got an accounting degree and a Master of Business Administration.

I became a certified public accountant.

I’d run a successful business prior to my accounting business.

I had all the knowledge I needed to become earn lots of money in business.

However, I messed my finances up royally.

After being in business for two years, I maxed out my credit cards, and I depleted all my savings.

I fell into the trap of thinking one more dollar would be the key to my financial freedom.

If only I could get one more client that paid me X dollars, I would be on easy street.

That’s what I thought.

I had all the knowledge and understanding I needed to be successful in business.

My failure came from the fact that I had the wrong money actions.

I paid everyone else before I paid myself.

I did work for free, thinking the goodwill would bring me more business.

Let me tell you a secret – the only thing I got from working for free was burnout.

My money actions in business were the cause of my early money problems.

Every day I see people making the same mistakes I made in the early days of my business.

Last week I spoke with someone who shared with me that he is normally very thrifty in his personal life. However, when it comes to his business life, he overspends.

Even though he earns a couple hundred thousand dollars a year, he feels stuck because he feels like he is still living paycheck to paycheck.

I’ve worked with people who have businesses that earn millions of dollars a year that struggle to make payroll every other week.

Earlier this year, someone I know had to liquidate her retirement account to make payroll.

It’s a sad state of affairs.

Here’s where so many people go wrong.

They think that the next dollar will be the salvation to their business.

The problem with that thinking is they fail to realize that with every new dollar they earn, less money belongs to them.

The larger a business grows, the more expensive it is to run.

However, it doesn’t have to be that way.

Whoever first said that was a fool.

More sales are only valuable if they are profitable sales meaning that you keep more money than you spend.

I’ve known people who actually lose money every time they make a sale.

I remember ten years ago telling a client of mine that I had to raise my prices because I had initially underpriced the contract.

A few weeks later, he moved on to working with someone else.

I was miffed a bit at first.

However, it did me no good to keep that client at the previous price because I was losing money working with him.

I remember once working until 5 am in the morning to get his work done.

Working more than twenty hours in a day is not a healthy practice.

They think that their businesses will grow exponentially overnight, and they will be millionaires.

So they throw caution to the wind and spend everything they can to fuel business growth.

Then they end up with a business that is a millstone around their neck.

They grew their business without having the fundamentals in place.

They grew their business without having profits.

They mistakenly believed that if they just grew, the profits would suddenly appear.

I’ll end with a famous saying about money.