Be Your Own Rudy 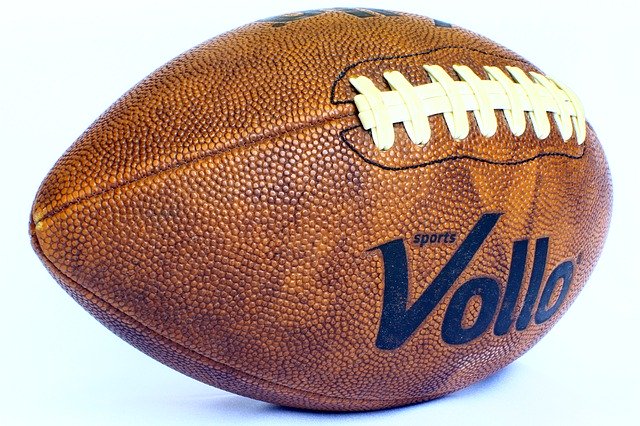 Many years ago, I had the opportunity to hear a speech by Daniel “Rudy” Ruettiger.

The 1993 movie Rudy was based on his life story.

Rudy grew up in Illinois as one of fourteen children.

Rudy grew up with a dream to play football for the University of Notre Dame.

Rudy’s dream of playing football was an unlikely dream.

Rudy was small by football standards.

Rudy had challenges in high school which resulted in subpar grades

Without good grades, Rudy wasn’t able to become a student at Notre Dame.

With Notre Dame being unattainable for Rudy out of high school, Rudy spent a few years in the U.S. Navy and then a few years working for a power plant.

His dream to play football for Notre Dame reawakened, and he started attended Holy Cross College with the hopes of proving he could be a good student and transfer to the University of Notre Dame.

While at Holy Cross College, Rudy learned that he had the learning disability dyslexia.

Through hard work and determination, Rudy secured a spot on the scout team at Notre Dame.

The scout team was a practice squad that the varsity football team played against during practices.

Rudy continued to work hard on the scout team with hopes that one day he would wear the golden football pants at a home game at Notre Dame.

1975 was Rudy’s final year in college, and the final year Rudy had a chance to play football for the Fighting Irish.

At the last home game that year, Rudy had the chance to suit up in his golden football pants.

Rudy’s hopes were sky high, and the dream to play for his favorite team was within grasp.

All those years of hard work and determination were going to pay off.

Rudy got his chance on the football field playing three plays.

During one of those plays, Rudy sacked the quarterback.

And that was the end of Rudy’s football career.

Three plays in one football game.

Rudy accomplished his dream to play football for the Fighting Irish.

In the grand scheme of football accomplishments, what Rudy did by playing football was meaningful to only one person.

However, Rudy took that one event and built a career around his success.

Rudy wrote a book about his experience getting to play in one game at Notre Dame.

The book then was developed into a Hollywood film that was named by ESPN as one of the best 25 sports movies.

Each of us has similar events in our lives where we hold on to a dream and work our tales off to accomplish this dream.

During high school, my English teacher shared with me his love of the Broadway play “The Phantom of the Opera.”

I was having a hard day one day and was trying to figure out a way to turn my day around.

I went to the store and bought the soundtrack to “The Phantom of the Opera.”

After a few minutes of listening to the masterpiece, I understood why my English teacher loved the music.

I fell in love with the beauty of Andrew Lloyd Weber’s masterpiece.

I made a small commitment to myself that one day I would watch the play on Broadway.

This was a small dream that I harbored, and every time I listened to the soundtrack, I imagined what it would be like to hear the actors sing the songs in New York City.

I graduated high school, spent a few years in college, and worked for a few more years.

Then I joined the Army and had a regular paycheck.

I saved a bit of money and realized I could afford to take a trip to the Big Apple.

This was my chance to achieve my dream of seeing “The Phantom of the Opera” on Broadway.

I bought my tickets and got the best seats I could afford.

I figured I wouldn’t have many chances to visit New York City, so I wanted to ensure I made the most of my Phantom experience.

I thoroughly enjoyed the performance and was astounded at the perfect performance of the play.

There I was enjoying the opportunity to live out one of my dreams.

Striving for a dream has always been an important part of my life.

I’ve come to realize that I enjoy my life much more when I am working towards a dream.

There is something empowering and enjoyable about having a dream to work for.

The dream only needs to have meaning for me.

Looking back at Rudy’s story, I recognize how important playing for the Fighting Irish was for Rudy.

The goal of playing football challenged Rudy to accomplish a number of difficult things.

First, he had to become a good enough student to be admitted to Notre Dame.

He failed many times during his attempt to become a student.

Yet, he persisted and found a creative way to prove he was good enough to become a Notre Dame student.

In the process, he learned that his dyslexia was the root of his learning challenges.

The success of Rudy was directly tied to his challenges.

Rudy inspired millions of people because he was an underdog.

We in America love the underdog’s story.

Why do we love the underdog’s story?

The underdog’s story is the tale of humanity.

We all have weaknesses and challenges.

We all face disappointment and despair.

We all face traumas that result in a lack of hope.

Debilitating defeats that rock our confidence to the core.

To be human is to live with imperfection.

During our defeats and low points in life, we learn what we are made of.

While being forged in the crucible of our defeats, we make decisions that ultimately career us to success.

The low points are what give our successes meaning.

The low points are what shapes us.

Having a dream to work for helps us move past the low points.

As I face challenges, I remind myself that this moment is temporary, and tomorrow will be a better day.