Many Was To Cross The Tower Bridge 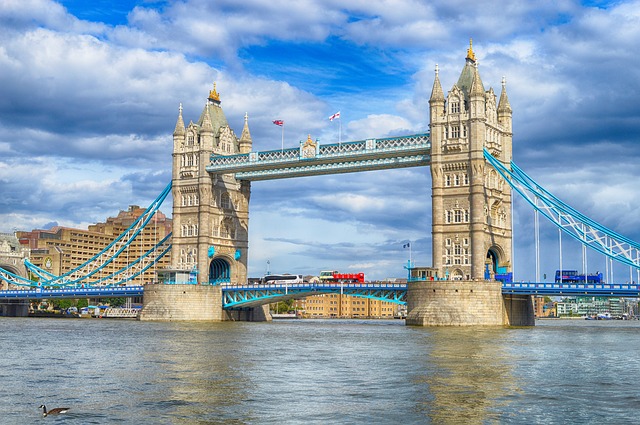 Back in June, I took my first trip to London.

The Tower Bridge in London is one of the most iconic bridges in the world.

One of the things I enjoy most about traveling is the ability to see things I’ve always wanted to see.

I remember singing the song London Bridge is falling down.

I’ve sung that same song to each of my four children a nighttime lullaby at bedtime.

It makes me smile right now, just thinking about it.

Every time I visit an iconic place, it always seems surreal.

I’ve seen these places many times on TV and in pictures, and suddenly there was.

I had one free day to see some sights.

I always said to myself, when I go to London, I have to go to the Tower of London.

I became fascinated with the Tower of London from watching several documentaries.

The Tower of London does not disappoint.

I’m heading back to London in January, and I would love to visit the Tower again.

The bulk of my time spent at the Tower of London was walking along the wall.

By far the biggest highlight of my jaunt at the Tower of London was seeing the Crown Jewels.

The Crown Jewels are stunning.

I would travel to London again just to see the Crown Jewels. They are that impressive.

The Tower Bridge is within walking distance of the Tower of London.

The weather that day in June was perfect. It was about 80 degrees.

A few clouds here and there.

Sun was shining down, basking the city with its rays.

I took a moment to soak in everything. I looked out of the Thames River back at the Tower of London.

The length of the Tower Bridge is around 801 feet across which about half of a mile.

Putting one foot in front of the other walking took me about fifteen minutes to walk from one side of the bridge to the other.

I turned around and saw the cars driving slowly across the bridge.

Then I looked back at the Thames River.

As I observed everything occurring around me, a thought came into my mind.

I could jump off the bridge and swim.

It would probably take me longer to swim across the Thames River than it would be for me to walk across the Tower Bridge.

I could choose to walk across the Tower Bridge.

I could choose to get a bike and bike across the Tower Bridge.

I could rent a car and drive across the Tower Bridge.

I could get on a bus and ride the bus across the Tower Bridge.

I could hire a taxi and have the tax drive me across the Tower Bridge.

Each mode of transportation would have its pluses and minuses.

By far, the least expensive method for me to cross the Thames River would be walking across the Tower Bridge.

I mention that swimming would be labor-intensive because I’m not a great swimmer.

Then deciding it was better to walk across the Tower Bridge…

Then partway on my bike ride, deciding it made more sense to hail a taxi…

Then partway through my taxi ride, getting frustrated with the cost of the taxi…

Then deciding I liked the water, so I jump from off the bridge back into the water.

As I pondered this thought, I couldn’t help but think of how many times I started a project only to get distracted by a shiny object that seemed like a much better method to get the project done.

I go down a rabbit hole and see a gopher.

Then I see a groundhog who preaches about his method to pop his head up out of the ground so he can find his shadow.

The next thing I notice is a month has gone by, and I’ve dug myself deep into a trench.

I’ve wasted a lot of energy and time and accomplished nothing.

It’s much better to stick with one method of doing something until I get to the end of doing that work.

It’s too easy to look up and get distracted by the “NEXT BEST THING” that will revolutionize my life.

I already own the “NEXT BEST THING.”

The “NEXT BEST THING” is right inside of me.