Day of Failure 14 Blaming Others For My Condition 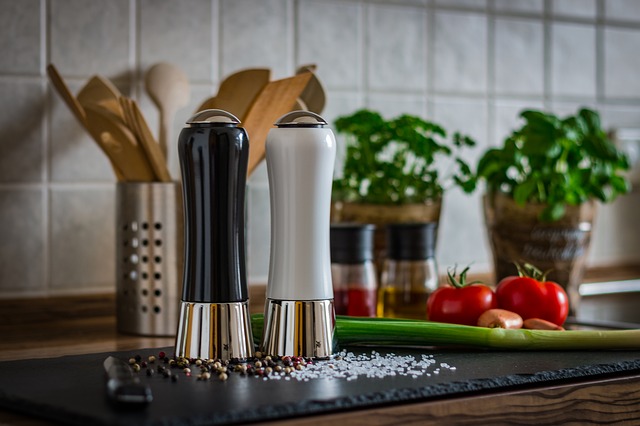 Yesterday evening at dinner, I disappointed my two-year-old daughter Zoe.

My wife grilled up a lovely steak and served everyone their portions of the steak.

Zoe had grabbed the salt mill and began grinding salt all over our brown dining table.

It was humorous to see the glee on her face as salt trickled on the tabletop.

She was having the time of the life twisting the salt mill.

Zoe took full ownership of the salt mill, and it was her.

I can’t tell you how many times I have heard her say, “Mine!” when she falls in love with an object.

After some prodding, I was finally able to get her to hand over the salt mill.

As I walked over to the other side of the table, I glanced over at Zoe.

She looked so pathetic.

She had the biggest sad puppy dog eyes and pouty frown on her face.

I knew it would be a few moments before she burst out into tears.

In her mind, I had deprived her of one of life’s greatest joys.

I hurriedly ground some salt on my steak and then swiftly walked back to where Zoe was sitting to return the salt mill to my beloved daughter.

My experience of Zoe brought my mind back to points in my life where something so painful occurred that it brought me to tears.

One of the most painful points in my life was the moment I realized I had killed my accounting career.

I always considered myself a successful person.

I’ve always been very driven and like the process of accomplishment.

After earning my accounting degree, I worked for a local CPA firm during tax season.

I really loved that job.

My boss was great, and I was learning a ton.

I felt fulfilled in my work.

I put in many hours and strived my best to be a good employee.

When I had been hired, I was told the job was just for tax season.

However, I wanted to prove that I was such a stellar employee that the CPA firm would keep me on after tax season ended.

That ended up not being the case, and my boss met with me in April and let me know the job would be ending with April 15th.

A few weeks later, A local engineering firm called me.

The engineering firm was one of the tax clients of the CPA firm I had worked for during tax season.

The engineering firm had an open accounting position, and they wanted to interview me for the position.

The work ethic I put in at the CPA firm paid off, and the engineering firm hired me.

I enjoyed working for the engineering firm for about a year.

I followed the same recipe of hard work at the engineering firm that I had used while at the CPA firm.

However, my ambition got the better part of me.

I wanted to climb the ladder as quickly as possible.

I wanted to be in charge.

After about a year of working with the engineering firms, I started to find fault with too many things at the company.

I began complaining to any of my coworkers that would listen to me.

I’m ashamed to think about the person I had become during my years of employment.

However, knowledge doesn’t matter if actions are not consistent with the knowledge.

After two years of working with the engineering company, I decided to look for a new job.

My next job was at a different local CPA firm where I became a financial statement auditor.

Before I accepted the position, I made a mental note to myself that I would not repeat the errors of my youth.

I decided that no matter how frustrated I became, I would not complain about my boss or the work situation.

I kept true to the promise I made to myself.

About six months into the job, I became frustrated again.

My prior behaviors started to resurface.

I was a little smarter this time with my complaining.

This time I waited until I was out of the office at lunch with my coworkers before I started to air my grievances.

I had become a toxic person again.

Then the fateful Monday afternoon came when my a partner with the CPA firm called me into her office and coldly informed me that my services were no longer needed.

Up until that point in my life, this was the biggest failure I’d had in my thirty some odd years on the planet.

I had always been successful before.

How on earth did I get fired?

I’m not the type of person that gets fired was what I thought.

But the reality was not consistent with the thoughts in my head.

I spent the next year after my firing finishing my last year of graduate school.

I presumed at the time that I would be able to get a job once I graduated easily.

After all, I was going to be an MBA with all this great business experience.

I had no idea that the world would be on the verge of financial collapse in the next twelve months.

During the fall and spring of my last year in graduate school, I spent many hours working with the career center.

I went on as many interviews as possible with companies that wanted to recruit MBAs from NC State University.

I had in my mind that I wanted to be a management consultant.

I traveled to Duke and UNC-Chapel Hill when some of the biggest management consulting firms held their career days at those MBA programs.

I threw everything I had against the wall in my effort to land a well-paying job out of graduate school.

None of my work panned out.

I crossed the stage on graduation day and received my diploma from the Dean.

I was disappointed and slightly bitter.

I had done everything I thought I could to get ahead.

Now all I had to show for my last three years of academic work was a piece of paper.

It was a scary time for me.

Never in my life could I fell fear all around me as I did during that year when the Great Recession began.

I went back to hunting for an accounting job.

At least that would stop the bleeding of money that was pouring out of my bank account.

I finally got one interview with a new CPA firm.

I was in a funk, which I’m sure stunk to high heaven.

I was still toxic.

A few days later, the CPA firm called me to tell me that they had hired someone else.

I realized that my life was a mess.

I had killed my career.

What in the world was I going to do?

Then an even bigger blow came to me.

I realized that I had nobody to blame but myself.

As much as I tried to do good things to build my career, I had made a few fatal mistakes.

The fatal mistakes were severe enough that they canceled out all the good things I did.

I accepted the reality that I was 100% responsible for everything in my life.

As I sat on the thought of complete ownership of my sad state, I started to see a glimmer of light at the end of a dark, miserable tunnel.

I surmised that if I was 100% responsible for my life, I could take different actions and develop a better reality.

I changed my life by accepting that everything in my life was mine because of me.

I concluded that if my bad actions caused bad results, I could change to good actions and get good results.

I started changing myself to remove the fatal character flaws from my life.

It was a painful process.

Over the last eleven years, every time I have received an undesirable result, I ask myself a simple question.

What did I do to cause this result?

The answers I’ve received have enabled me to change course and get a better result.

I emptied the ashes of my prior career and built and overwhelming success of my business.

My business success helped me create my ideal life.

It never will be.

I have a family I love and cherish deeply.

I have work that is meaningful to me that makes a difference with the customers I serve.

I have challenges regularly that push me out of my comfort zone and result in a more abundant life.

I have the money to live my life in a way that makes me happy.

Over the last eleven years by claiming 100% responsibility for everything in my life, I’ve been able to earn three times as much as I would have had I remained an employee in someone else’s business.