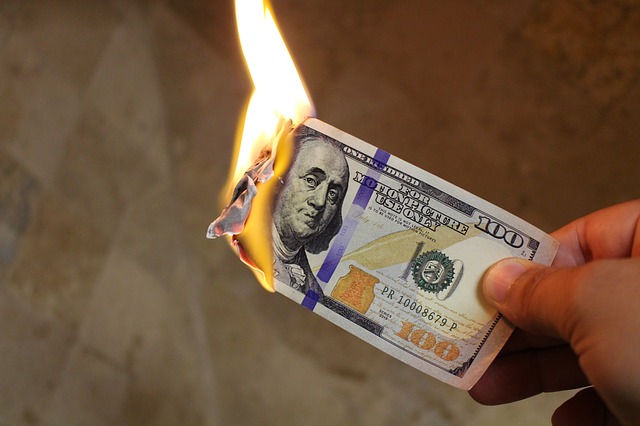 I went to a small college in Idaho for my first two years of college.

Idaho is a beautiful state.

Every morning I woke up and was able to see the Grand Tetons of Wyoming.

It was a stunning sight to behold.

I learned how to snow ski while I was in Idaho.

In the beginning, I looked like my two-year-old daughter Zoe.

I was up on both legs one moment and then flat on my face the second moment.

It was so much fun.

The best thing about falling while skiing was falling into fluffy snow.

I took for granted that falling would not cause me harm.

One day I decided to ski beyond skiing ability.

On ski mountains, they rank the trails according to the skill level one needs to be safe on that ski trail.

I had become decent at skiing and was feeling a bit adventurous.

I decided it was time to try a black diamond trail.

I probably would have been fine on the black diamond trail if I would have just skied down the trail.

However, I was in my early twenties and felt invincible.

It’s white fluffy snow.  I won’t get hurt if I fell.

That’s when I attempted to try to jump up in the air.

I wanted to fly through the sky.

I know now how stupid of an idea that was.

The first jump went as one could expect.

I fell flat on my face.

MY ski poles and skis went in a myriad of different directions.

After dusting the snow off myself, I put my skis back on and began to ski again.

I saw another opportunity to launch myself into the air.

This time I landed directly on my right shoulder.

I tried to lift myself by my shoulder wasn’t working.

The ski patrol came to my aid.

They put me in a gurney and took me down to the bottom of the trail.

I visited the doctor and learned that I had a grade three separation of my right shoulder.

I had torn ligaments that kept my shoulder in place.

The result of the separated shoulder is my shoulder drooped down.

As I considered my medical options, I decided that it was important for me to get the operation to fix my shoulder.

Fortunately, I had medical insurance that covered 80% of the surgery cost.

However, the remaining 20% of the surgery was my responsibility.

The surgery was successful, and my shoulder was restored to its natural position.

I was happy with getting my shoulder fixed, but I now had some medical debt.

A few months later, I joined the Army so I could get my head above water financially and build some stability back into my life.

I was very frugal while I was in the Army because I hated being in debt, and I wanted to gain control over my money.

I was 22 when I joined the Army, and most of my fellow soldiers were 18 years old.

As is common with most 18-year-olds, most of my Army buddies were bad with money.

They all lived paycheck to paycheck.

It was a predictable cycle that I saw every month.

Paycheck day would come, and the parties would commence.

Everyone would go shopping for the latest toy.

Then a few days later, everyone had run out of money.

Then a few of my Army buddies would take their new toy to the pawnshop so they could get a short- term loan.

The next month the same thing occurred.

I was smart enough to see the cycle was a disastrous money cycle.

Then one of my Army buddies Matt, came up to me and asked me to borrow $200.

I trusted Matt would repay me the money I lent him.

However, I wanted to get collateral for the money.

I told Matt I would lend him the money until his next paycheck if I got to hold his music CD collection as collateral.

Matt had over 200 CDs, so I assumed I could sell off his CD collection if Matt didn’t pay me back in time.

Matt was good for his word, and I got my money back.

A few months later, Matt came back to me and asked me to borrow money again.

I lent him the money, and he paid me back as he promised.

Then another one of my Army buddies told me that Matt was smoking pot, which was not allowed in the Army.

I decided that I was done loaning money to Matt.

A week later, a different soldier came to my barracks room and asked if I would lend him $200.

I realized word got out that I had lent Matt money.

I told this new soldier that I wasn’t lending any money to anybody else anymore.

That’s when I remember one of my friend’s father telling me that lending money to a person that can’t get a loan with a bank is a risky proposition.

I made a new rule for myself that I wouldn’t lend anybody money.

I lived by my don’t lend people money rule for many years.

Then I broke my rule.

I decided to make a loan to somebody.

I did not require any collateral for the loan.

I got my monthly loan payment in the first month.

Then the next month arrived, and this person did not make the loan payment.

I tried contacting the person by email and phone calls, and there was no response.

I didn’t have to make the loan, and this person was taking advantage of me.

The third month arrived, and I received the loan payment.

The fourth month arrived, and there was no loan payment.

My blood was boiling over.

I knew the only option I had at that point was to file a claim with the court system.

It was a difficult and painful lesson for me to learn.

If I had obeyed my don’t loan people money rule, it would have protected me from making the loan in the first place.

I’d heard people make comments before that if you loan people money, you should plan on never being repaid by that person again.

Then I heard the voice of my father’s friend.

Lending money to a person that can’t get a loan from a bank is a risky proposition.