Day of Failure 30 Living Beyond My Means 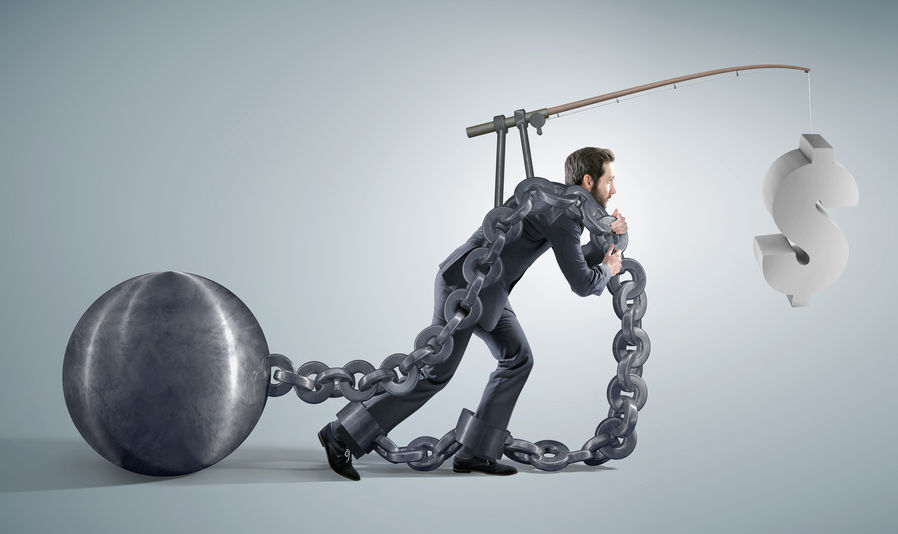 It is profound how much misery I’ve endured when I’ve lived beyond my means.

The weight of debt has at times, crushed me.

The weight of debt has felt like an elephant standing on my chest.

Everywhere I go, someone is selling me something.

Furthermore, the American consumerism economy preaches to treat myself.

After all, I deserve it.

What I’ve learned is the messages to spend grew stronger when I became a business owner.

My drive to grow my business blinded me to basic common sense about money.

Before I started my accounting business, I was pretty good with my money.

I heard a few people tell me that it was important to save money, so I arranged my life, so every time I got paid, I saved some of my money.

Regularly I would look at my savings account and revel in the growth of my pot of gold.

It reminded me of the very first piggy bank I had as a child.

I used to open my piggy bank, pull the coins and bills out of the piggy bank, and count all my money.

I took great pleasure in counting my money.

Now, as I think about counting my money as a child, it brings a smile to my face.

There were a few factors.

I was gainfully employed by an accounting firm.

However, I allowed myself to get stretched thin.

I was working full time as an accountant.

During the evenings, I was attending night school to get a graduate degree in business.

Once a month, I spent a weekend at the Army Reserve center as a soldier.

I was working too much, and I had too many irons in the fire.

On a Monday afternoon, my boss called me to her office and told me my services were no longer needed.

However, I was burnt out.

Despite the pain of getting fired, I was somewhat grateful as I needed a break.

I had lost my source of income, and I had no idea how I was going to make ends meet.

I struggled with a damaged self-esteem.

At times I wallowed in self-pity.

One day I spoke with John, a career counselor, and he said something that rocked me out of the shame I felt.

“Damon, get over yourself.” he began. “Everyone gets fired!”

John shared with me a story from his career.

John shared with me that there was a point in his career where he was frustrated with his progress.

He had graduated from a top ten business school, and yet he wasn’t where he thought he should be.

John told me that I had a setback, and I needed to overcome this setback.

John went on further to tell me that I need to try a different strategy to rebuild my career.

The traditional methods of getting a job were not going to work for me.

I would need to start with building a network and gaining people’s trust the old-fashioned way.

I proceeded with John’s advice.

It was a difficult process.

I was shy at times, and it took great courage for me to approach complete strangers.

Yet over time, the strategy worked.

I started to find people that needed my services, and they hired me.

Even though I was gaining work, I still had a mortgage to pay for and three mouths at home to feed.

My worth as a man was on trial in my mind.

My two young daughters and wife never fully understood the weight of the stress I felt as I was working to make something of myself.

Never once did my wife complain about money to me.

Every day, when I come home, my two girls would cheer because Daddy was home.

My wife believed in me when nobody else did.

That belief she had in me is the greatest gift anyone has ever given me.

The income I earned from my business wasn’t enough to make ends meet.

We tried to cut our expenses as much as we could.

In order to plug the gap, I dipped into my savings and used credit cards to cover our basic necessities.

For two years, I struggled, and the credit card balances grew.

I kept telling myself I just needed to make more money in my business.

I kept telling me my next customer would be the key to me getting ahead.

I kept repeating that white lie to myself.

Here is the reality of the situation I found myself.

I was getting ahead, or so I thought.

The result of my out of control business spending was predictable.

I should have known better.

I was a CPA and had an MBA, and I wasn’t using the knowledge I had learned.

My actions did not follow the knowledge I had about having a profitable business.

The result of my actions was that I depleted my personal savings, and I maxed out my credit cards.

I found myself in a precarious position.

I had spent much of my time robbing Peter to pay Paul.

Then Peter died, and there was nobody to pay Paul.

I was out of options.

Or so I thought.

I had to face the hard fact that I couldn’t outspend my problems.

I had to reduce my expenses so that they were lower than my income.

I had to recognize that if there wasn’t enough money in the bank to make a purchase, then that meant I could not afford that purchase.

Consequently, I had to become creative and find a new solution.

I had to learn to live within my means.

Living within my means meant I actually had to live on 90% of my income.

Ten percent of my income was set aside to pay myself first.

I had to start building up some savings to protect me against the stormy weather that would certainly come my way in the future.

My new change in philosophy to spend less than I earned started to work.

In about six weeks, I had a small sum in a savings account.

I curbed my spending and made my business profitable.

After about two months, the anxiety I had about my lack of money began to fade away.

I was spending less than I earned.

With this new practice in place, I knew I would not want for money.

As long as I spent less than I earned, I wouldn’t have to worry about money.