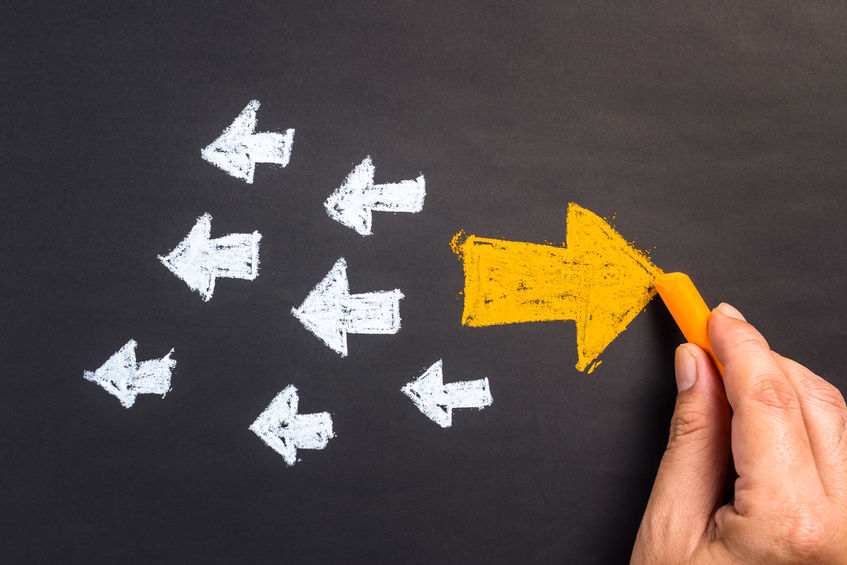 “There he was standing at the beach pondering what had become of his life.

Why did it all turn out this for me?

I had so much promise.

It all became very clear sitting out there today that every decision I’ve made in my entire life has been wrong.

My life is the complete opposite of everything I want it to be.

Every instinct I have in every aspect of my life…

It’s all been wrong.”

Just then, Eileen points out that an attractive woman from across the room glances over at George.

“George, you should go talk to her,” says Eileen.

Gorge replies, “Eileen, bald men with no jobs and no money who live with their parents don’t approach strange women.”

Jerry then says, “Now here’s your chance to do the opposite. If every instinct you have has been wrong, then the opposite would have to be right.”

George then marches over to the woman who glanced at him earlier and blurted out. “Excuse me. I couldn’t help but notice you were looking in my direction.”

The attractive woman responds, “I just noticed you ordered the same exact lunch as me.”

George then replies, “My name is George.  I’m unemployed, and I live with my parents.”

The rest of that episode of Seinfeld, George Costanza, takes the opposite action of what he’s always done and gets tremendously different results.

He becomes assertive in a movie theater when two hooligans are harassing him.

Too often, we get caught up in repetitive behaviors, thought patterns, and actions because it’s what we’ve always done.

We’re comfortable with those prior patterns.

Yet those patterns don’t get us what we want.

We accept what is normal for us because it’s what we know.

Doing something else would give us a different result that we may not be used to getting.

Sometimes facing the unknown is too scary for us.

Here is where I’ve applied the do the opposite behavior in my life.

When I’m scared of something, I acknowledge that I’m scared.

I then remind myself that it is OK to be scared.

However, I’m not going to let the fact that I’m scared paralyze me from taking action on the thing that scares me.

Instead of seeing fear as a signal to run and hide, I view fear as something new.

Fear is a signal that I need to act.

Fear is a signal that the thing I’m scared of doing something is the exact reason why that thing is the most important thing for me to proceed with.

Fear is the green light for what I should be doing.

What are you scared of?

That is what you should do right now.