Avoiding the Customers that are the Dregs of Society 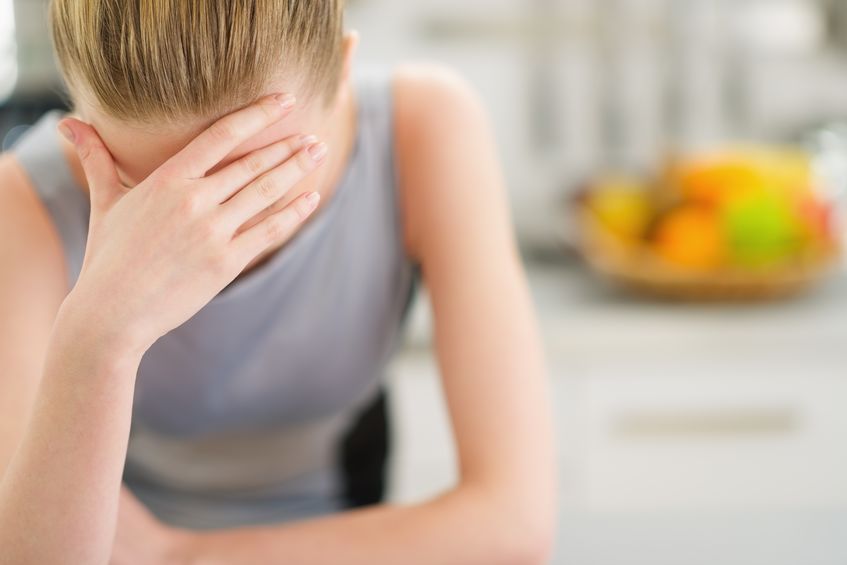 Dread was the only feeling I had.  I went to bed each night with dread, and I woke each morning with dread.  I was working myself to the bone for customers that were ungrateful and complained about the price I charged them at every moment I invoiced them for my work.

I was completely miserable.  Didn’t my customers realize how hard I was working to do the work they hired me to do?  I poured everything I had into my work. I had an unhealthy relationship with my customers.

As I thought about it further about my situation, I realized that I had nobody to blame but myself.

You see, I was to blame because I was willing to take any customer that hired me.  It stretched me way to thin, and I ended up doing work that drained my soul for ungrateful people that had no clue.

I was attending some sales training a few years ago, and David Frye shared with me a story regarding sales.

David thought quickly and said, “Yes!”  An extra $10 for weeding the flower bed would be a great deal.  It took David 45 minutes to mow the lawn.

Then David started weeding the flower beds.  At the end of the job, David’s knees were aching, and his lower back was sore from being bent over on his knees.  It took Dave an hour and a half to weed the flower beds.  It was back-breaking work, and David was exhausted.

David got the short end of the stick in this situation.  It took him twice as long to weed the flower beds, and he made half the money.

David went to another neighbor and explained that David was earning money by mowing lawns.

The neighbor asked David if he would weed the flower beds.  That’s when David replied

One of the biggest mistakes I’ve made in my business is doing work for people simply because they were willing to hire me.

There are four reasons why I’ve worked for people to my own detriment.

Reason 1 – I needed the money.

In 2007 I was fired from my accounting job.  At the time, I had two small children and a wife to support.  I was scared out of my ever-living mind.  I had no idea what I was going to do to rescue my family from a financial abyss.

So I worked my tail off.  I did a lot of networking.  I did anything for a buck.  I had to earn money so that my family could eat.  I need to stave off the wolves that were pounding on my door ravenous to devour my family and me.

The first step for me was to get my keep the lights on money.  At that point in my life, I thought about all sorts of options.  I considered getting a job at the grocery store just to make some money.

I ultimately decided against getting a regular job because I knew the result would be me working for a minimum wage.  Additionally, it would wear me out.  I suspected that if I allowed my self to get a regular 40 hour a week job, it would deter me from building a business that would provide me with substantially more opportunity.

I toiled and toiled and was finally able to eke out a living.  I got my keep the lights on money and was able to get my business up and running.

My early experience of scrimping and doing anything for a buck stayed with me for much of my business career.  Whenever my bank account was lower than I wanted it to be, I would be presented with the opportunity to work with someone new.

I resorted to my old do anything for a buck, and this mentality betrayed me.  I took on weed work that I regretted as soon as I started working for the customer.

I don’t regret my early endeavor to do whatever it took to keep food in my family’s mouths.  However, I realized I am no longer in the famine world of my business.  I don’t have to take on any customer.  My business had matured and grown up.  I realized I needed to become more mature and be selective with the customer

Reason 2 – I only grew my business by referral.

Imagine you are in a beautiful field.  As you look to your right, you see a sunflower field as far as your eyes can see.  To your left, you see a beautiful stream.  Your breath is taken away as you decide to walk towards the stream.

You put one foot in front of the other.  Then you step and your foot slides as you lose your footing on very soft ground.  Suddenly the most offensive odor runs races to your nose.  You gag as you pinch your nose to protect yourself from the noxious smell.

You look down at your foot, and you have just stepped in a fresh steaming pile of cow manure.

That is the world of the business that only relies on referrals.

Most of the time, when I hear people tell me they get most of their business from referrals I can only thing one thing.

This is a lazy business owner.  It’s easy to get referrals if you do good work.

There are two problems with getting referrals as a major strategy for growing your business.

Problem 1 – Referrals is typically a passive marketing strategy.  Most people that get referral business have no idea when they are going to get new clients.  Additionally, the business owner that relies on referrals typically doesn’t have an active referral program.  Most of the time referral clients are anything for a buck proposition.

Problem 2 – You replicate your current clients.  Birds of a feather flock together.  Most people associate with people that are just like them.  Think about your worst customers.  Do you really want to get referrals from your worst customers?  I know I don’t.  I would rather have a hole in the head than to have more customers that I don’t like being around.

For a lot of my business career, I was a lazy marketer and a lazy salesperson.  Why?  Because I was scared to put myself out there.  It’s uncomfortable to talk to new people.  No matter what every time I attempt to sell myself and my services I get rejected.

Nobody likes to be rejected.

Here’s the other side of the coin.  Every time I attempt to sell myself and my services, I get a new customer.

When I focus on the success, I realize every time I get rejected I am one step closer to a new customer.

Reason 3 – I felt bad for someone.

I got a kind heart.  I like to help people.  It’s who I am.   What I’ve realized over time is sometimes people don’t want to take responsibility for their actions.

It amazes me how much of a mess people get themselves into.  There are a couple of reasons why people get into a mess.

When I see someone struggle, I naturally want to help them.

Sometimes I’m able to help.  The customer takes corrective action, and we work together to make the right improvements in their business.

Other times, the person is happy to offload their bag of horse manure on me.  It’s no longer “their problem.”  They relinquish all their responsibility for the situation on me.  These are the people that end up being weed work for me.

Back when I did tax work, every year I would run into an uncomfortable situation.  I would have to have a difficult conversation with a customer.  They would have a large tax bill because they made a lot of money.  They didn’t take the time to pay their estimated taxes.  The result ends up that I prepare their tax returns and they get a big tax bill.  A big tax surprise.  And who do you think that person blames.  Me.  Utter lunacy.  Let’s get real.  You’re the adult.  You’re the person who makes the money.  Why don’t you take the time to pay your taxes?

Having no plan is the biggest sin of omission I’ve had in my business.  One of my favorite stories comes from Alice in Wonderland.  Alice comes to a fork in the road, and she sees the Cheshire Cat in the tree.  Alice asked the Cheshire Cat what road she should take

The Cheshire Cat then asks Alice where she wants to go.

Alice looks bemusedly at the Cheshire Cat and responds, “I don’t know.”

Then the Cheshire Cat responds, “Well then Alice, it doesn’t really matter which road you take then does it?”

I’ve had so many years in business where I was so busy being busy.  Then I hired a business coach.  A year later, I doubled my business revenue, and I ended up working 500 hours less that year.

How was it possible to make more and work less?  The answer is quite simple.

Without a clear plan of action, I had been thrown around by the latest emergency.  Guess what?

Every day there is an emergency.

I got caught up in stupid stuff that drained my life and my bank account.

Once I transitioned to having a plan. I had to ask myself some serious questions when I was faced with an emergency.

Is this going to get me to closer to accomplishing my plan?

If the answer was yes, then I move forward.

If the answer was no, then I ignored it.

It takes guts to say no.  When I say no, somebody is going to be upset.  I have to live with the fact that people will get angry with me.  Oh well.

What I can’t live with is sacrificing myself for someone who doesn’t appreciate me.  They just end up using me, and I let them abuse me through grinding myself on the millstone of their problems.

It is quite surprising how few customers a successful business really needs.  Realistically a business can make a few million dollars a year with less than 1,000 customers.  That seems like a low number.  However, I want to show you how the math works.

The key is to find the right 1,000 customers.  By focusing on the right customers, you have to say no to the wrong customers.