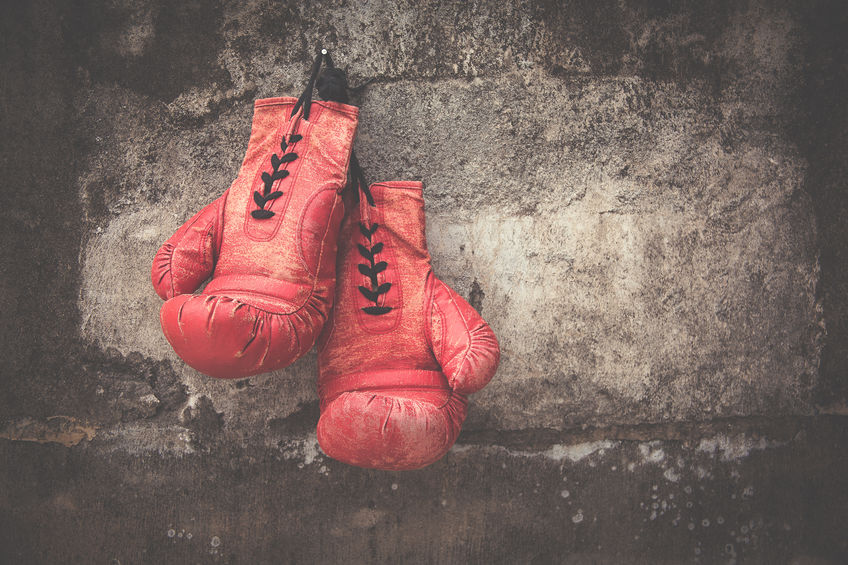 I spoke with Wayne Salmans several weeks ago, and he said something that I found super profound.

Stupid is as stupid does.  I believe Forest Gump said those words.

For the life of me, I don’t get why people liked Forest Gump.  It was one of the most intolerable movies I’ve ever watched in my life.

Go ahead and start throwing rocks at me.

I can take it.

It ain’t nothing but a thing.

Now that I’ve defamed one of Tom Hanks landmark roles, I will tell you about one of my favorite movies.

It was one of the Rocky movies.

What a great movie one of those Rocky movies was.   I love an underdog movie where someone rises out of obscurity and against all the odds accomplishes something great in life.

That may be why some people liked Forest Gump.  I still think it is intolerable.

There he was, The Italian Stallion, Rocky Balboa with his American Flag motif boxing shorts.

Muscles bulging all over the place.

Rocky steps into the ring and takes a punch right in the jaw. Instead of backing down, Rock doubles down.  He sticks his chin closer to his opponent and motions for his opponent to hit him again.

Rocky is not phased.  In fact, it appears that the barrage of pummeling to Rocky just emboldens him.

Somewhat like Popeye, who becomes a superhuman after eating his spinach.

Really canned spinach.  How is it possible that caned soggy spinach instantly give Popeye strength.

Back to Rocky.  Give me some more!!  Is that all you got?  I think my grandma could hit me harder than you did.

After what seems like an embarrassingly long time of abuse, Rocky starts into his opponent.

Blood splattering everywhere. After a few rounds, Rocky is victorious.

Rocky in that amazing feat of athletic prowess displayed something we can all learn from.

As soon as Rocky stepped into the boxing ring, he knew he was going to win.

He taunted his opponent like a cat taunts a mouse.

True Grit is the name of my all-time favorite movie.

In my mind, it was the movie John Wayne ever starred in.

One must possess grit if they are going to make it in the business world.

It takes a lot of gumption to put your neck on the line day after day.

To stand up to your fears and stare them down until they run away.

It takes courage to make decisions that people aren’t going to be happy with.

It takes courage to know that every day you’re going to make bad decisions and good decisions.

Hopefully, the results of the good decisions outweigh the setbacks that come with a bad choice.

For so much of my life, I wanted to figure out everything before I made a decision.

This year I decided to let go of that analytical side of my personality.

I don’t have to have all the answers before I begin.

I realized that I would never be perfect.

What a freeing realization that has been for me the last few months.

No matter what, I will not be perfect.

Letting go of perfection has enabled me to do a lot more.

Action is the main driver of accomplishment.