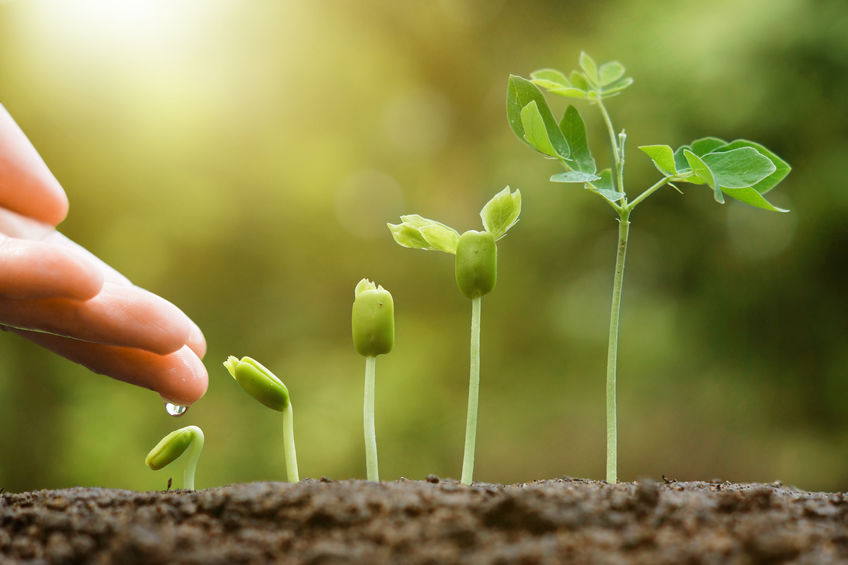 We in America are obsessed with doing things big.

I remember the first time I whet to New York City.

I looked up at the skyscrapers, and one thought came to my mind.

They do things on a whole new level here.

Texans are famous for saying, “Everything is bigger in Texas!”

Think about the game shows we watch.

I remember when Regis Philbin asked everyone, “Who Wants To Be A Millionaire?”

A million dollars seems to be the brass ring that everyone is reaching for.

If I could just make a million dollars, I would be rich.

In business, a million dollars a year in revenue is the magic pinnacle of success.

For the vast majority of people making a million dollars is a random aspiration.

I’ll admit that I’ve even had the goal of a million dollars in revenue.

After almost twelve years in business, I still haven’t reached the million-dollar milestone.

Does that mean I’m a failure?

Do I regret that I haven’t reached the million dollars in annual revenue mark yet?

A million dollars is a meaningless metric unless there is some reasoning behind that metric.

In other words, that goal or aspiration has to be real to you.

Make no mistake about it; reaching a million dollars in revenue a year is a huge milestone.

You will have to work hard to make a million dollars a year.

But a million dollars a year in sales is meaningless if the business generating it isn’t build a solid foundation.

Here is a simple saying that I want you to remember.

Sales is for vanity. Profit is for sanity.

When people talk about how big their company is and how many employees they have, these are meaningless metrics.

More important than the size of the business is the profitability of the company.

There was a commercial a few years ago by Lending Tree that had a powerful message.

I’ve got a great family.

I’ve got a four-bedroom house in a great community.

I even belong to the local golf club.

I’m in debt up to my eyeballs.

I can barely pay my finance charges.

In just 53 words, this commercial illustrated the situation Stanley Johnson shared with us, how the vast majority of people in America live.

Most people live paycheck to paycheck.

I can’t tell you how many times I’ve heard someone say that most Americans are 30 days away from financial disaster.

Now that the pandemic has shut down many portions of the economy, we are unfortunately seeing people suffering.

This isn’t the first time we’ve seen disruptions to the economy.

Just last year, the U.S. government shutdown, and a portion of the economy shut down.

People had to make arrangements with their banks to adjust mortgage payments.

Some people saw the government shutdown of 2019 as a warning shot and decided to become better prepared for the future.

The vast majority of people went back to their typical ways and didn’t do anything to prepare for the next storm.

So what do we do now?

Forget about the goal to make one million dollars.

Recognize that the first step to making a million dollars is making one dollar.

Then make one hundred dollars.

Then make one thousand dollars.

Get really good at making one dollar amazingly.

You will never make one million dollars if you do not become good at making one dollar amazing.

You have to master your domain first before you can expand.

I was on a training for real estate agents yesterday, and someone commented that they were starting small.

Think about the master pianist.

What is the first thing the pianist learns?  Scales.

What does the master pianist practice every day? Scales.

The piano scales reinforce the muscle memory in the fingers.

You’ll never stay a millionaire if you don’t become a proficient thousandaire.

How do most people become wealthy?

They save money with every single paycheck.

The most successful wealth program in America is the 401(k) program.

More people have become millionaires by contributing to their 401(k) program than any other system devised in America.

Most people work on a millionaire for years and most often decades.

Success at anything is never an overnight occurrence.

Think about a baby. Does it start running?

No. First, it stands up.

Then it falls on its face.

Then it takes one step at a time.

Everything in life follows this pattern.

Quit pretending like there is a shortcut to success.

You have to work at it every day.

The only way to become better is to start small to grow big.