I was Grateful and Then Regretful 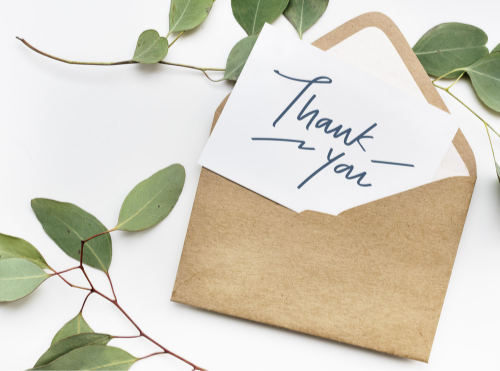 Last month, my daughter Norah started a project to earn money to pay for some church summer camps.

Now I could have easily paid for the summer camp.  However, one of the biggest skills I want to instill in my children is the skill of the creation of money.

A second skill I want them to learn is how to manage money.

I would go further and say, I believe the mastery of money is one of the top skills a person can learn and develop.

The drive for me to master money is the result of some traumatic events I experienced from my teenage years.

When I was a teenager, my father developed a sickness that led to a couple of months in the hospital.  At the time he was a Captain in the Army.

When he was discharged from the hospital, he moved back home.  After a few weeks, he decided that living with his family was detrimental to recovering from his illness.

That’s when he moved out of the home.

A year later, my parents divorced.  I have two sisters and a brother.  We all decided to live with my mother.

My father received a medical discharge from the Army and then began work at the Post Office in the town where he grew up.

This series of events plunged my family into poverty immediately.  My mother received child support and alimony payments. It was barely enough to take care of our basic necessities.

I was the oldest child of four.  From the time my mother brought me into the world until my parents split up, my mother was a stay at home mother.

She had a college degree.  However, she didn’t have any marketable job skills.  She had always wanted to be a teacher.

The problem was in North Carolina she needed to get some additional education so she could receive her Teacher’s Certification.

She was able to get a job as a Teacher’s Aide, but it didn’t pay well.  The Teacher’s Aid job made a lot of sense because it got her in the Public School system.  Once she had her Teacher’s Certification, she would also have some relevant job experience.

To move into her teaching career, she attended night school at Fayetteville State University for several years.

There was a period of time where we received food provided by the church I grew up in.

The church had a policy that to receive welfare; we had to perform some work for the food we were given.

There was one moment where my mother, brother, two sisters, and I went to the church and did some landscaping work.  I distinctly remember pulling weeds from that were popping up around some bushes.

I had many friends at church. One of them came up to me and said, “Damon, this is just wonderful that you are helping the church out by taking care of the weeds.”

I was utterly humiliated.  Now everyone will know I’m poor.  I’m so ashamed.

As I take an objective look at things now, my friend probably had no idea why I was pulling out weeds.

However, I knew, and the shame was so dense I could feel it to my bones.

When I was a junior in high school, money got even tighter.

I can’t tell you how many times I heard both of my parents say the following:

It disgusted me to hear those words.  I’m not sure how I knew it, but I knew my parents were the reasons why we didn’t have money.  They made bad decisions with money.  They spent more than they earned.

Their bad decisions had rotten consequences I had to live with.

A seed was planted in my heart.  I determined right then and there that money would never be a stumbling block in my life.

I didn’t know how at the time, but I was going to have a different life.

A life where I would not be limited in my life by something as trivial as paper with ink on it.

I also determined that when I had a family of my own, I would teach them about money.  I was going to be the one to prevent a cycle of poverty from my progeny.

Getting back to my daughter and her efforts to pay for her summer camps.  The main way she decided to make money was by selling Krispy Kreme Doughnuts.

The first time she sold the doughnuts was at the local high school.  When the school day is over, there are a lot of parents, who go to pick up their children from the high school.

Consequently, there is a long line of cars by the high school.  My wife and Norah went along the line of cars.

Another time, she went to a local Starbucks and asked Charlie, the Starbucks store manager, if she could sell doughnuts one Saturday morning.  Charlie was charmed by Norah and agreed to let her set up a table to sell the doughnuts.

Later that day I told Norah she needed to write a Thank You Card to Charlie.

A week later, I asked Norah if she had written the Thank You Card. No was her response.

I was absolutely fed up.

Fortunately, I had the presence of mind to say to Norah, “I want to talk to her for a moment.”

I then shared the following story with her.

Several years ago I was working with a business coach. He gave me a simple and powerful piece of advice.

Buy a box of thank you cards and place them on your desk. Then anytime someone does something that benefits you stop what you are doing.

If someone gives you a referral, send them a handwritten thank you note.

If someone brightens your day, send them a handwritten thank you note.

If someone helps you, send them a handwritten thank you note

It’s a simple gesture. It takes so little time. But Wow does it have an impact on the person being thanked.

In this digital world, we live in; you can automate everything. You can send a quick note in email.

You can use a service to make your handwriting digital and then have that service send “handwritten” thank you notes.

Those things are better than nothing, but the impact is not the same.

It takes a bit of time and a little money to send a hand-written note. It says so much with so little effort. It says I care enough to take a few moments out of my day. It’s distinctive. People remember distinctive.

Seth Godin wrote about the Purple Cow. A handwritten thank you note is a Purple Cow.

Nobody sends handwritten thank you notes. By making this a practice, you can make yourself stand out from the crowd.

Which brings me to regret.

As soon as I realized the power of the handwritten note, I realized I was missing the boat. I started my business from nothing.

My family would have starved had it not been for the kindness of strangers.

The kindness of strangers has changed my life.

I was ashamed that I had not taken the time and a couple of dollars to send them a handwritten thank you note. Most of my business was built initially through networking or referrals. Sure I’ve done my part to grow my business.

But I had not taken the time to send a simple handwritten thank you note.

After I shared this story with Norah, she started to cry.  She said, “Dad, I’ve got a really good life.  I just feel so good that I have the life I have.”

That’s the power of gratitude.  Gratitude unlocks abundance in our lives.