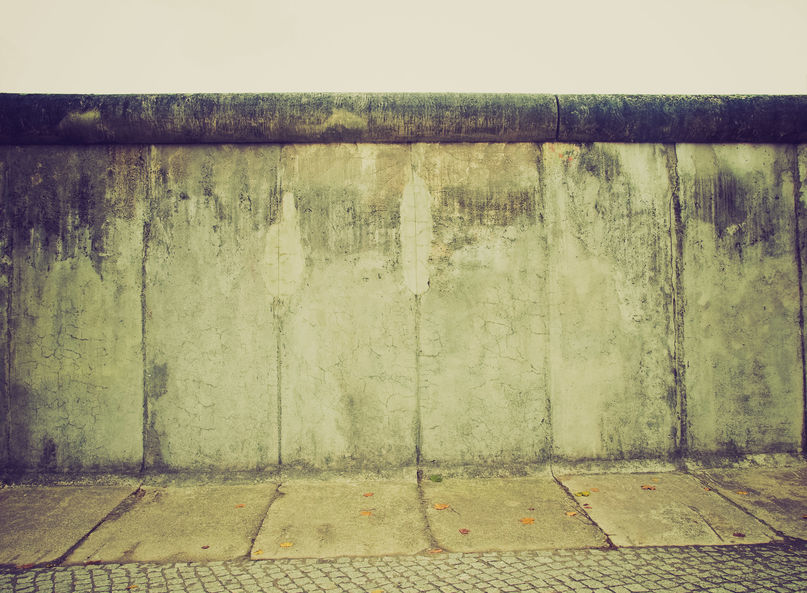 That one day, when I crossed the border into a land of communism, planted an experience in my soul that shaped the rest of my life.

I was eight years old, living in West Berlin.

My father was an Army officer, and we were stationed within the walled city of West Berlin.

This was back in the early 1980s when communism was at the height of its power.

Berlin, for many decades, was a divided city.

Nearly twelve feet of concrete wall served as a concrete reminder of the haves and the have nots.

On the West Side of the Berlin Wall, the citizens had freedom.

On the East Side of the Berlin Wall, the citizens did not have freedom.

On the West Berlin side, all manner of graffiti-covered the wall.

On the East Berlin side was a blank canvas of grey cement.

On the East Berlin side, there were tank barriers.

On the West Berlin side, I could walk up to the wall and touch it.

On the East Berlin side, guards with machine guns cocked were ready to fire at anyone who got too close to the wall.

I remember visiting Checkpoint Charlie and learning about all the people that risked their lives to cross the Berlin Wall so they could get to the dreamland of freedom in West Germany.

People dug tunnels to get underneath the wall.

One family spent months sewing a hot air balloon together in the dark of night, living in constant worry that the East German police would catch wind of their plan before they got their shot at freedom.

One person acquired a small plane, and somehow evaded gunshots and landed safely on the other side of the wall.

I also saw the stories of those who filed on their journey to West Berlin.

There was the person who got to the wall and was filled with bullets by the East German machine guns.

There were the people who lost their cover before they had the chance to run for freedom.

These people lived out the remainder of their days in prison.

The price for failure was real.

If people failed to obtain freedom, their future was certain.

Death or prison was their fate.

It was awe-inspiring to see people put everything on the line to win their freedom.

One day my father got our family a permit so we could visit East Berlin.

It was a visceral experience to see the contrast between how a simple wall changed a society.

On one side of the wall was freedom in West Berlin.

On the other side was oppression in East Berlin.

That oppression in East Berlin is why people risked life and limb to breathe air on free soil in West Berlin.

Somehow these stories of sacrifice for freedom planted a seed in my heart that would transform me.

Freedom is the ultimate goal of Business Ownership.

Sure, money is great.

Most people get in business to make money.

They, in their own right, are living the life of oppression.

Freedom means many things to many people.

What’s your definition of freedom?

Why did you get into the business?

Here’s a lesson I learned painfully the hard way.

When I started my business, I went from the confines of a job to the boundless opportunity that business presented.

And that was just the financial cost.

I lost thousands of hours and a few years of my life.

My confidence shook at the failure I endured.

I found it difficult at times to separate the event from myself.

Instead of viewing the business venture as a failure, I internalized the failure and saw myself as the failure.

It took some time to remove myself from the event of failure.

When I removed that self-imposed label of failure, a huge weight was removed from my shoulders.

The dream of freedom still burned in my heart.

The spark of freedom lived in my heart from my childhood.

The spark of freedom was planted in my heart by those heroes from East Berlin.

I recognized that freedom was worth fighting for.

I knew that as long as I worked for someone else, I would never truly be free.

As long as I traveled the path of an employee in someone else’s business, they controlled me with their agenda.

I’ve started my business journey more than twenty years ago.

Here is the one thing I realize now that I didn’t know when I started that journey so many years ago.

Everyone pays the price for freedom.

Those East Germans paid a steep price to leave oppression and gain liberty.

I paid a steep price to build a business that gave me freedom.

There were sleepless nights.

I smacked my face on the dirt in humiliating defeat.

Yet each time, I picked myself up, and I made another payment towards my freedom.

Once you breathe in the air of a free person, you are forever changed.

You can’t go back.

Those East Germans that made it to West Berlin didn’t go back to East Germany.

They had cut themselves off from a life of oppression.

They committed themselves and paid the price for freedom.

The prize of freedom is worth the price.

By the way, If you’re looking to grow your business profits and having more cash in the bank, send me an email at damon@idealmoneylife.com with “PROFIT” in the subject line… tell me a little about your business and what you’d like to work on together, and I’ll get you all the details.