How A Newspaper Drove Me to Master Money 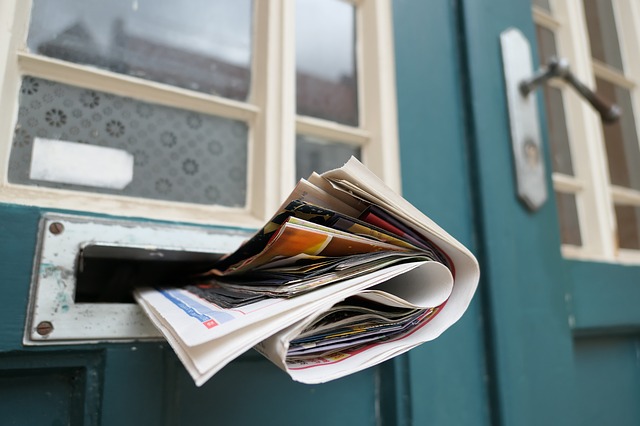 Twice a month on the 10th and the 25th of each month, I’m reminded of why I love being a business owner.

On the 10th and 25th of each month, I get to recognize the profits my business has earned me for the previous half month.

A smile comes to my face as I see the money in my bank account.

More than twenty years ago, I learned a powerful money secret that transformed my life.

This money secret gave me the power to get make money my master.

It all resulted in my own challenges with money.

I was raised by a single mother who struggled to make ends meet.

When I was a teenager, my parents divorced, and the middle-class lifestyle we had grown accustomed to vanished overnight.

Even before my parents divorced, I knew somehow that money was lacking in our family.

My parents’ divorce made things much worse.

My mother had spent most of her adult life, raising four children.

While she had graduated from college, she didn’t have any marketable skills.

We received welfare for a while, so we never had to go hungry.

I hated it.  What would my friends think if they found out we were poor?

One day my mother came up with a way for us to get off of welfare.

She was able to get an early morning newspaper route, where we delivered a couple hundred newspapers each morning.

During my junior year in high school, my mother, sister woke up around 2 am every morning so we could drive half an hour to the newspaper plant for the Fayetteville Observer.

We’d pick up our newspapers and begin folding and bagging the newspapers before we started the delivery route.

Most mornings it would take about three hours to finish the newspaper route.

We’d finish in just enough time so that I could get to school in time.

Even though I never said anything to my mother, I resented the fact that I had to work so much to make ends meet.

I probably blamed her for what I saw as a sad state of affairs in our life.

My parents were miserable stewards of their money.

It caused unnecessary suffering in our family.

I knew things didn’t have to be that way.

Consequently, I had to become an adult much earlier in my life than was probably healthy.

I had to be the “man” of the household when most of my friends’ biggest worries were whether or not they would be able to pass their driver’s license test.

I had to worry about working so we would have food to eat.

The situation robbed me of the opportunity to have a normal high school experience.

Which maybe is a good thing.

Some of the trivialities of high school angst never phased me.

Looking back at it now, maybe this experience was one of the best things that could have happened to me.

It burned in my soul a desire to have a better life.

The pains and humiliation I lived within my mind as a result of the poverty I lived with created an intense desire to succeed.

I would not repeat the follies of my parents.

I would not live a life where lack of money prevented me from having the life I wanted.

I determined that I would figure out a way to have a better life.

I knew other people didn’t have the same money troubles our family had.

I figured that if I could just learn what people with means knew, then I could use that knowledge to fashion a better life.

This became my obsession.

One of the first things I discovered was that business ownership was the best way to earn more money than the average American.

So I started to read as much as I could about money.

I remember going to the library, and reading a book about how starting a business in college was one of the best things one could do for their resumes.

During my second year of college, I bought into a business opportunity that ended up being a colossal failure.

Then I read The Richest Man In Babylon.

That was what I had been searching for.

The fundamental truths about money explained in a simple way.

I still remember the words that I tell myself a couple times a week.

Here is the simple money truth that most Americans fail to follow.

It was stated another way in The Richest Man In Babylon in just three words.

That’s the first and most important key to having more money.

When I failed to pay myself first, it has cost me dearly.

Now I don’t even have to think about it.

I always pay myself first.

It’s the first thing I do when I split the income my business earns on the 10th and the 25th of each month.

I, Damon Yudichak, am the first one to get paid by my business.