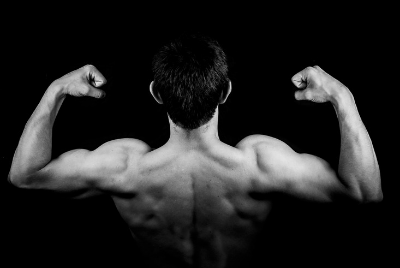 Was I going through a midlife crisis?

I had no motivation.

I was unemployed and had no idea what direction I was going to take.

The one thing I was really good at was collecting my unemployment check.

I’d lost my way.  I had no idea when I was going to find my way.

I remember when I hit the lowest point of all.

It was the middle of the week.  I had finally gotten a job interview.  I went to the interview and felt like it had gone pretty well.

I laughed with both interviewers.  I felt like we had built up some report.

Then I got the email and was told they had chosen someone else.

It was then I realized that I had effectively killed my career.  How could I be so stupid?

I did everything right. At least that’s what I thought.  As I thought about it more, I looked deep in the mirror and saw my failings.

I loved the learning environment of business school.  It is by far the best academic experience I’ve ever had.

Three years of intense learning.  From day one, I wanted to make the most of the experience.

I went to a career counselor and explained my dilemma.  I wanted more.  In just a few short years working an accountant, I realized the accounting world bored me to tears.  I was stuck in an office that might as well be a cubicle.

I took every assessment the career counselor could give me.

One of the assessments identified a few careers that might be good fits for me.  I did informational interviews with some of my classmates who were currently in those careers.

The assessment test identified banking as a good career choice for me.  As I read the description of what bankers did, I was intrigued.

Then I talked with a banker friend of mine and realized banking would be a like nails on a chalkboard.

Then I came across a book called Strengths Finder 2.0.

The thesis of Strengths Finder is discovering your strengths is the key to unlocking infinite potential.

I also learned that the things I enjoyed the most were good indicators I had a strength in that activity.

What I discovered was my top strength was Learning.

I never thought learning could be a strength.  How could that be?

What is so good about learning?

As I thought about it more, I recognized that my happiest times were when I was excited about something new I was learning.

Once something caught my fancy, I went hog wild. I went down every rabbit hole I could to learn as much as I could about the subject.

If you give me two weeks, I’m confident I can know more about a subject than 90% of the population.

Learning served me well when I first started out my accounting business.

There were so many things that needed to be done.

I needed to learn a new software, within a week I had mastered it.

I was just gulping down each and every new activity.

It was a blast.

Every week there was something new.

I built up my client base and finally had a good revenue source.

Then I made the big jump to hire my first employee.

I was the worst boss ever.  Well, except for that one boss I had once.

Maybe she was better than me.

I don’t know, maybe I was better than her.

Who knows?  Who cares?

I spent some time in the Army.  The Army has one of the best training systems in the world.

In a matter of months, the Army takes kids right of high school and trains them to work as a team.

There literally is an instruction manual on how to do everything in the Army.

Set up a tent. There’s a book for that.

Apply a bandage to a gaping wound.  There’s a book for that.

Build a latrine.  There’s a book for that.

Dig a hole in the ground.  Yep.  There’s a book for that.

Some soldiers work with some of the most sophisticated equipment in the world.

Have you ever looked at an aircraft carrier?  That is an amazing piece of equipment.  Then look at all the kids on the ship that are barely out of high school.

Here I am with this great strength as a learner.

Here’s how naïve I was.  I thought everyone was a good learner.  I thought because I’m so good at learning things, everyone else would be.

Teach me something once.  That’s all I need.

When I gave instructions to the poor sap who worked for me, I thought training him once was enough.

Why in the world is he not getting this?  I mean this is easy.

Sure, it’s easy.  Anything is easy if you’ve been doing it consistently for five years.

Here’s where my downfall hit me in the face like a Louisville Slugger.

Here’s where my strength as a learner became my downfall.

Every time I came to something new, I would get excited about the new project.

I’ve had all this experience learning quickly that I assumed I would become a master in no time flat.

I’ve got this I’d tell myself.

There’s a phrase for this kind of behavior.  It’s called squirrel chasing.

I started down the path to becoming a master at something that was not the best use of my time.

A few weeks ago someone told me you have to focus on the Who, not the How.

When you’re doing something new in your business, find someone you can hire to do the work.

Here’s what I did.  I’d focus all this time focusing on learning the new task.  I’d burn up a lot of time going through the learning curve.

Then after a few weeks, I’ve learned all I’ve learned.  Then I go to do the work.  My work work is garbage.

Literally garbage.  My seven-year-old son could have done a better job with it.

My new mantra is Focus on the Who, not the How.

As part of a new marketing initiative, I had a task to work on.

Some graphics needed to be developed.  Someone recommended a software I could use.  I went to the software’s website.

They were having a July Fourth sale.  The software which normally retails for $297 is on sale for $197.

The graphic job I needed would cost me $85 to hire a pro to do the work.

I was so close to buying the software.

If I just spend the time to buy the software and learn the software, then I can do the work myself.

Except it won’t be free.

There is an opportunity cost for everything.  When I choose to do one thing, I chose not to do everything else.

If I choose to become a graphic designer, I choose not to do be doing revenue-generating activities.

I choose not to go on a sales call.

I’ve had some sales calls where I’ve generated tens of thousands of dollars from the sales call..

I then went back to my mantra.

Look for the Who, not the How.

So, I hired James, the graphic designer.  Best $85 I’ve ever spent.  The work he did was ten times better than what I would have done.

I did some simple math.

Learning how to use the software would take me at least ten hours.

Doing the design work would take me another ten hours.

I make some boneheaded decisions sometimes, but making the choice to hire James, the graphic design wasn’t one of them.

You tell me which choice is better:

The choice is clear to me.

From now on, I’m going to focus on the Who, not the How.