How To Deal With Failure When It Comes 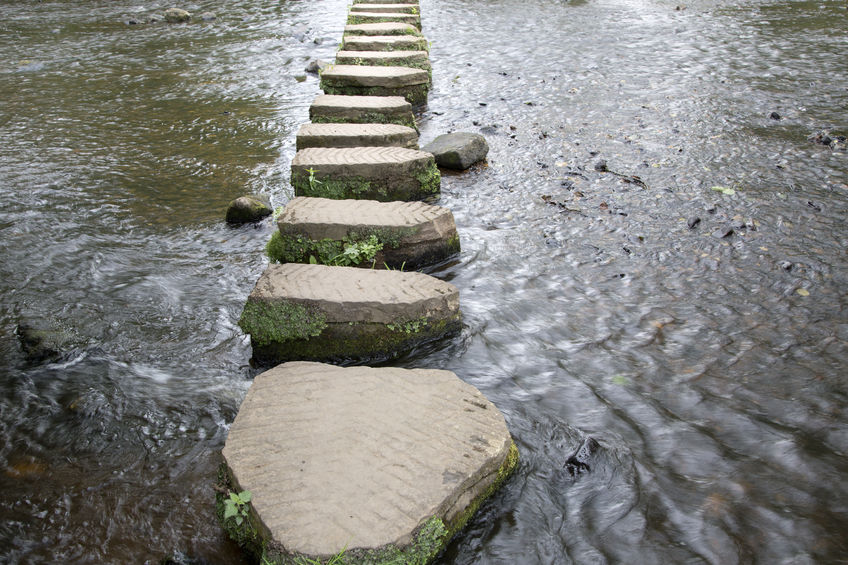 Have you ever been plagued by the barrage of self-ridicule that comes when you fail to stick with your best intentions?

Have you felt miserable after a couple of weeks streak of success with your new change?

Here we are three weeks into the new year and new decade, and this is the point where we begin to cheer and jeer.

We are cheering for ourselves because we’re still going strong with our new year’s resolutions.

We are jeering at ourselves because, again, we committed to change but didn’t keep up with it.

I noticed this in myself yesterday and this morning.

I’m an early riser and spend the first hour and half of my day writing.

Yesterday, my bed was so comfortable.

It was cold outside, and my bed was toasty warm.

My alarm rang again and again after multiple pushes of the snooze button.

I kept telling myself that I’ll get out of bed now.

Then I heard my alarm ringing again.

Finally, I decided to break with my bed and start my day.

It was much later in the morning than I normally rise and get ready for bed.

However, I still got up.

Or maybe I was letting myself off from a commitment I made to myself.

The last two days, I failed to arise at my normal waking time.

I gave into easiness when I should have stuck to my guns.

Now, I’m faced with how I will react to my failure.

Will I berate myself for being lazy?

Will I accept that maybe I was just having a bad day?

Will I shake it off and try to make tomorrow a better day?

What will my choice be?

My choice of how I react will be the deciding factor in my future success.

To err is human…

We, as humans, are imperfect.

I can’t begin to tell you how many years I’ve lived with a man who said the worst things to me.

This man berated me for the slightest missteps.

Even when I had successes, the man came back to me and pointed out where I could have done better.

This man had a megaphone pointed towards my mind shouting about how I didn’t measure up.

It was a miserable way to live, thinking that no matter what I did, no matter how much success I achieved, I was still worthless.

Then one day, I turned that man away.

I didn’t give him an audience.

I banished him from my life.

He still returns, but I know him now.

I know he wants to tear me down.

I know he wants me to doubt myself.

I stand firm and acknowledge that this man has no sway in my life unless I allow him to have sway.

That man lived in me.

That man was that little voice inside me that pointed to my failures every time I tried something new and didn’t get the results I had intended.

Here’s are the top three ways I’ve worked to dispel the negative me that chips away at my self-confidence.

Reflect on my past failures.

This may seem counterproductive or counterintuitive at first.

Why would I want to revisit my failures?

Failures are, in most cases temporary events.

I dropped out of college three times.

I could look at myself and berate myself for being a failure at college.

That’s not what I do.

It took me longer than I intended, but I still finished my degree.

Now that I’m in my mid-forties, I realize that the three dropouts don’t matter.

So when I look back at my past failures, I take stock of the “bad” things that happened as a result of those failures.

Many times, I failed because I wasn’t good enough, and I needed those failures as a wake-up call.

I needed those failures to force me to take stock of what I was doing and to change course and become better.

In the process of making those changes, I became better, and the failures were crucial to my future success.

When I look at those failures, it helps me realize that failure in itself is not a bad thing.

Failure is a stepping stone to something better.

While I’m not on a mission to fail constantly, I don’t let failure keep me from persisting and moving forward towards my goal.

Do Less To Do More

It’s important to get back on the saddle and try again.

When I was in basic training for the Army, I spend two weeks learning how to shoot an M16.

I learned during that training that I had a condition called left eye dominance.

This would have been fine if I were left-handed.

However, I am right-handed.

I had to make constant adjustments to compensate for the way I was born.

My Drill Sergeants, while firm with me, constantly worked to build my confidence.

We went back to the basics of marksmanship.

Here are the four fundamentals of marksmanship:

By mastering each of these fundamentals individually, I learned how to shoot a target.

Whenever I got frustrated with missing targets, my Drill Sargent took the time to look at each of the four fundamentals.

While he observed me, he was able to point out to me where I was failing.

We then worked on that fundamental until I mastered it, and then I tried again.

Eventually, I became a good enough marksman that I was able to pass the marksmanship test.

I have found that when I commit to something, I’m can get tunnel vision.

I’m an all or nothing type of person.

When I commit, I put everything I have into it.

While this type of behavior has been critical to my success, at times, it has become a hindrance to my success.

At times, I say to myself, I just need to try harder.

I just need to put more time in.

What I’ve realized is sometimes the answer is less work.

When I get into that tunnel vision, I get lost in the weeds, and I get so task-oriented that I lose sight of the overarching strategy of what I’m trying to accomplish.

I have found that when I take a break, it gives me time to separate myself from the here and now and reconnect with the larger strategy.

By taking a break, I give myself time to breathe, remove myself from any ruts I’ve dug myself into and get back on the path of success.

We are always in control of how we react.

When we berate ourselves for our failures, we diminish our abilities to succeed.

Berating ourselves leads to focusing on things that aren’t working instead of focusing on what is working.

When we fail, it’s time to give ourselves some grace.

Failure is only temporary.

We can always get back on the saddle again and reconnect with success.

We can move past failure by focusing on the following:

Reflecting on our past failures

Doing less to do more

Failure is a stepping stone to success.

We cannot have success unless we are willing to chip off the parts of us that aren’t working.

Next time you fall short, acknowledge it, give yourself some grace, and try again.

It doesn’t matter how many times you fail as long as you learn from it, improve and persist.

Are you interested in growing your profits by 20% in the next 12 months?

If you’re looking to grow your business profits and having more cash in the bank, send me an email at damon@idealmoneylife.com with “PROFIT” in the subject line… tell me a little about your business and what you’d like to work on together, and I’ll get you all the details!