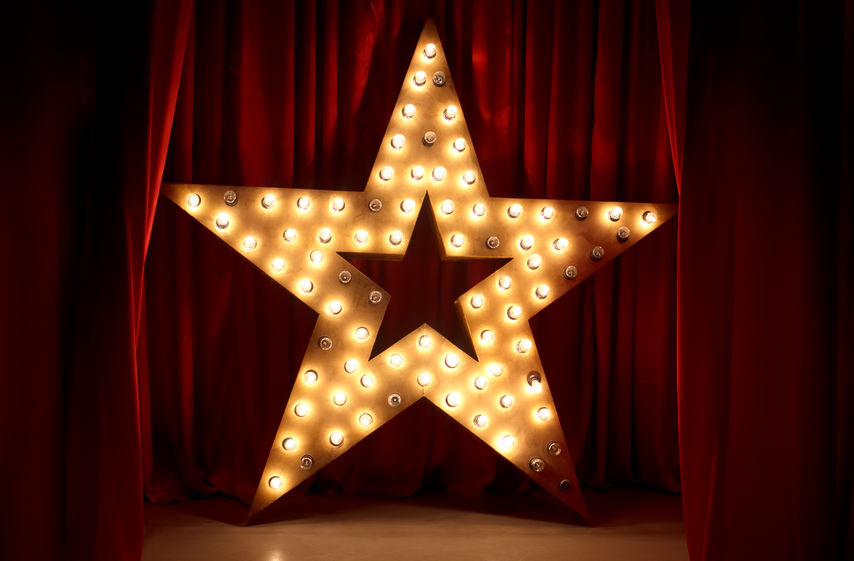 A year ago, Calvin Cordozar Broadus Jr. created quite a stir as he accepted an award from the Hollywood Chamber of Commerce.

In 1992, Calvin started his music career.

Over the last 26 years, his music has sold more than 23 million in the U.S. and 35 million albums worldwide.

Despite being nominated for 14 Grammy awards over his music career, Calvin has never won a Grammy.

Then on November 19, 2108, Calvin, know professionally as Snoop Dogg became the 2,615st person to receive a star on the Hollywood Walk of Fame.

During his acceptance speech, Snoop Dogg thanked the one person that made it all possible with the following words:

“I wanna thank me

I wanna thank me for believing in me

I wanna thank me for doing all this hard work

I wanna thank me for having no days off

I wanna thank me for never quitting

I wanna thank me for always being a giver

And for always trying to give more than I receive

I wanna thank me for just being me at all times.”

In less than 100 words, Snoop took time to bring to light an important principle everyone should take to heart.

We have one person to thank for all our successes – ourselves.

When it comes to being thankful, it’s important to express gratitude for the part we play in our lives.

In 2008 Snoop Dogg started an unlikely friendship with Martha Stewart.

From first glance, this seemed like an odd pairing.

Snoop Dogg is most famous for gangster rap and smoking weed.

Martha Stewart is most famous for cooking and making crafts.

Perhaps the only thing these two have in common is they are convicted felons.

But that isn’t the only thing they have in common.

Both Snoop & Martha built successful businesses in a variety of industries.

Both created media personalities that millions fell in love with.

Both have stirred controversies over their business careers.

Both have had to reinvent themselves after achieving astonishing success.

The path to success can be lonely.

To achieve greatness, one must be willing to step out of mediocrity.

The path of success is wrought with criticism, risk, rejection, disappointment, failure, anxiety, and defeat.

The path of success is not for the faint of heart.

One must continually dust themselves off and pick themselves up by their bootstraps.

One must be willing to swim against the current.

Why should one be willing to step on the path to success when it is filled with such challenges?

Because it is worth it.

Success is its own reward.

Along the path of success, one is pushed to overcome limiting beliefs.

Along the path of success, one must step out of their comfort zone.

Along the path of success, one opens themselves up to the creative force that solves problems.

Along the path of success, one is transformed into a better person.

Teddy Roosevelt described it best in a speech he gave over 109 years ago.

“It is not the critic who counts; not the man who points out how the strong man stumbles, or where the doer of deeds could have done them better. The credit belongs to the man who is actually in the arena, whose face is marred by dust and sweat and blood; who strives valiantly; who errs, who comes short again and again, because there is no effort without error and shortcoming; but who does actually strive to do the deeds; who knows great enthusiasms, the great devotions; who spends himself in a worthy cause; who at the best knows in the end the triumph of high achievement, and who at the worst, if he fails, at least fails while daring greatly.”

To achieve greatness, one must be bold.

The first step to the path of greatness is to believe in oneself.

We all have had successes in our lives.

We all have had failures in our lives.

Mary Gates, the mother of Bill Gates, provided us with wonderful wisdom in the following words.

“Each one of us has to develop his or her own definition of success. And when we have these specific expectations of ourselves, we’re more likely to live up to them. Ultimately, it’s not what you get, or even what you give. It’s what you become.”

Ultimately what we do and become in our lives is dependent on one person – ourselves.

If we want a great life, we have to become great.

We must dare greatly.

Certainly, we stand on the shoulders of giants.

Certainly, we have been molded, guided, and helped along the path.

But more than 95% of what we are and accomplish is the result of that person in the mirror.

It’s time to take a moment to thank ourselves for what we did to achieve both our successes and failures.

Too often, we shine the light on what others have done for us.

It is a rare moment when we take the light to express gratitude for the enormous part we play in our lives.

If it weren’t for us, we would not accomplish anything.

During this time of Thanksgiving, I’m starting a new tradition.

Over Thanksgiving Dinner, I’m going to ask each of my family members to take a moment and think about their lives this year.

Then we are going to take some time to thank ourselves.

Each of my family members will provide examples of what we are thankful about ourselves.

We will take that time to bask in the good that we do.

We will relish in the courage we took to try something new.

We will praise ourselves for our efforts.

At the end of this new ritual, we will say the following words.