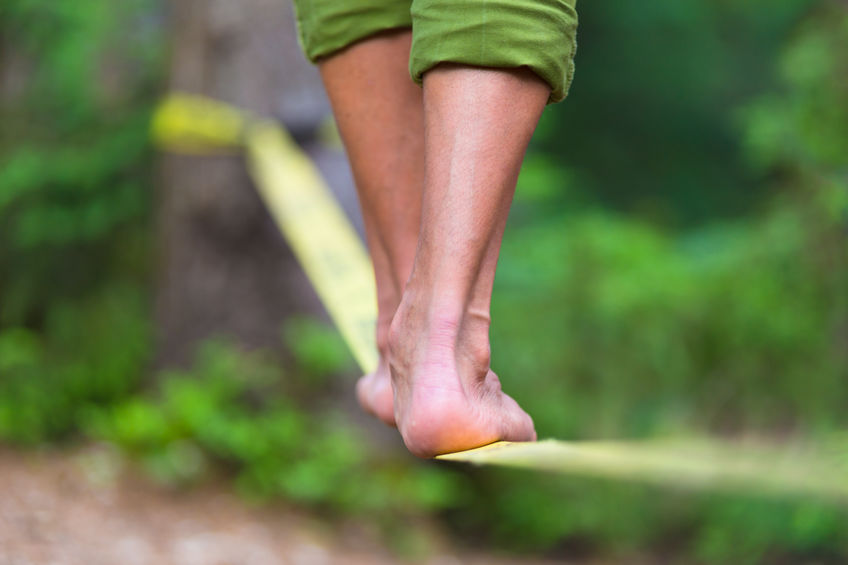 The only thing between me and certain injury is a 4 x 4 piece of lumber. I gingerly put one foot in front of the other as I struggle to keep my balance.

My Drill Sargent barks out at me, “What are you going to do Yudichak?  You’ve got to make a decision.  You’re burring daylight Yudichak.  Come on, Yudichak!  Make a decision!

My palms are sweating profusely as I continue to inch to the other side of the 4 x 4 where I will finally find solid ground and escape the perilous position I had put myself in.

Once I finished this part of the obstacle course, my Drill Sargent taught me a valuable lesson.

You’ve got to make a decision.  You don’t have time to dally around and wait.  It took you too long to get across the pit.  The enemy would have shot at you, and most likely that would be the end of you.

I didn’t “enjoy” my time at basic training.  Now, I look back at so many valuable lessons I learned while I was training to be a soldier.

After basic training, I was assigned to Fort Lee, Virginia, where I was to learn how to do my Army job.

While I was in the Army, General Colin Powell was the Chairman of the Joint Chiefs of Staff.  I entered the store and saw a copy of Colin Powell’s biography for sale.  I’m always eager to learn and knew I would have a little bit of free time during, so I bought his book My American Journey.

Someone in their early 20s goes through extensive pilot training, and they could be responsible for piloting an $80 million jet.  That pilot has to learn a lot.

Many times, a military leader is responsible for the life or death of his soldiers.  A lot is riding on the ability of the leader to make the right decisions.

General Powell made a profound statement, “There are no secrets to success. It is the result of preparation, hard work, and learning from failure.”

At times I became annoyed at how repetitive things were while I was a soldier.  We were constantly training.  Then someone commented to me about why the Army way of doing things.

“When you are in the heat of battle, you don’t have time to think.  If you think you get killed.  You have to react.  We rehearse and train so that when you have to react, you do the right thing immediately. We train you to be successful.”

As a former perfectionist, the thing I have hated the most in my life is moments when I fail.  It is the worst thing ever.  In the past, when I have failed, I tended to be the worst critic.  “How could I have been so dumb to do that?” “That was stupid.”  “You’re better than that!”

I lived a large portion of my life with this self-defeating behavior.

Earlier this year I heard someone tell me.  There are no failures; there is only feedback.  This simple phrase has caused a huge shift in my perspective on the way I approach my life.

Now I am a detached scientist.  I act and then observe the results.

As Mickey Rooney said, “You always pass failure on the way to success.”

Which brings me to an experience about my decision making.

Last week, I was at a Profit First Conference, and Ron Saharyan shared a story about training employees.  He commented that you have to let the employees fail. If you don’t let the employees fail, they will never learn.  I know it hurts to watch people fail, but that is the only way they will learn.  They will never think about how to make their own decisions.  Consequently, you will be saddled with making the decisions for everyone on your team.   Talk about a nightmarish situation.

Moral Hazard occurs when someone does not have to suffer the consequences of a bad decision.  They then are in a situation where they can take unusual risks and not have to worry about negative ramifications.

Moral hazard magnifies negative consequences.  If someone is not worried about negative outcomes, they will brazenly make increasing risky decisions.

Nobody likes to experience failure.  However, failure is a part of life.  If I attempt to protect someone from failure, I limit the growth that person can make.

I made a decision.  Now I must live with that consequences of my decision.

Now I have a new perspective for future interactions with people.  I will no longer take responsibility for another person’s decisions.

In the future people may come to me and complain about a situation.  When the complaint comes, the first question I will ask the person is:

Who made the decision in this situation?  The answer to that question will determine who gets the consequences of the decision.