Letting Go Of The Small Stuff 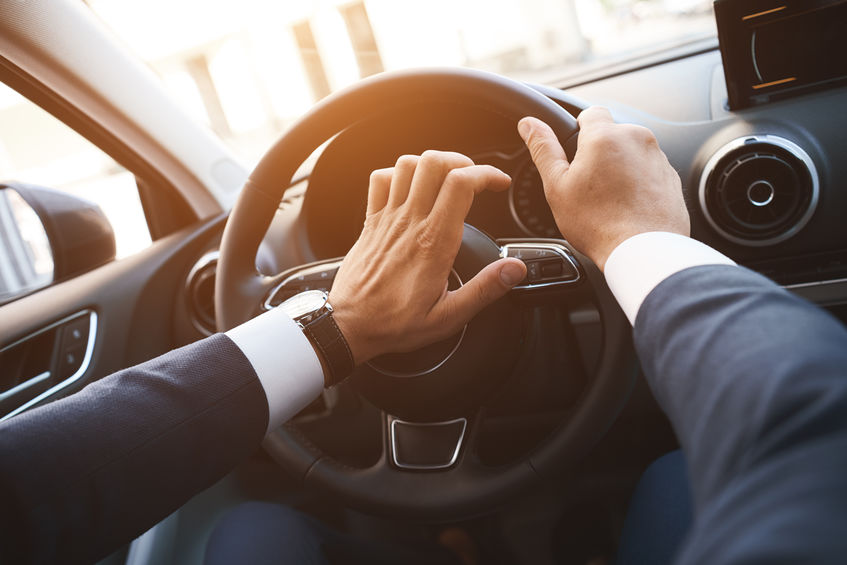 There I was driving my car in my home town.

I had a pleasant day at work.

I was feeling fulfilled at the tasks I had accomplished that day.

As I turned out of the parking lot, another car cut me off.

In an instant, my blood began to boil.

I went into a tirade.

The language that spewed out of my mouth would have made a drunken sailor blush.

I was absolutely livid.

How could that jerk be so inconsiderate?

What were they thinking?

In an instant, I had gone from calm, cool, and collected to irate, fuming, and stressed.

It was an instantaneous moment that threw me into road rage.

When I arrived at my house after my anger filed drive home, I inspected my car to see if there had been any damage in the auto altercation.

As I finished walking around my car, my suspicions were confirmed.

There was no damage to my car.

Then I asked myself a pointed question.

“Was all that brimstone filled rage worth it?

After a few moments of pause, I concluded that nothing good came from my road rage.

Even as I mulled over the uselessness of my road rage, I could still feel the tightness in my shoulder and neck muscles.

It had been more than thirty minutes since I was cut off by that driver, and I was still slightly enraged from the incident.

I then made a decision that I would no longer engage in road rage.

For the most part, I’ve left the world of road rage behind me.

From time to time, I still get upset at other drivers.

This summer, I took my daughter Norah out for some ice creams.

While we were talking, I shared with her that my biggest pet peeve is when people don’t obey traffic laws.

“We live in a society governed by the rule of law!!” I proclaimed to Norah.

We all drive these expensive vehicles, and some people drive on the roads like they own the roads.

They don’t even seem to acknowledge that there are other people on the roads.

After my conversation with Norah, I recognized that my old nemesis road rage was attempting to claw its way back into my life.

I recognized that I had to dial up my vigilance against the enemy that sought to bring havoc, mayhem, and wrath back into my life.

One of the benefits of adding years to my soul is recognizing that some things are not worth the worry.

Robert Eliot gives us good guidance when he said the following:

There are constant annoyances, irritations, and frustrations that we face daily.

Every day, I’m reminded of this as one of my children starts yelling in a fury at one of their siblings.

Most of the time, I wait until they resolve their differences.

Other times I recognize that it’s time for me to intercede into their fight.

The first thing I do is separate the fighting children and make them go to their respective rooms to cool down from the fight.

After a few moments, I enter the first child’s room and begin a conversation with them.

I’m playing the role of a detective at this point.

I want to find out what happened to cause disharmony in my household.

After talking with the first child, I then go to the other child’s room.

I continue with my investigation.

Most of the time, the argument started with a small incident.

Most of the time, the initial offending word or deed was innocent.

Once someone became offended, things escalated quickly, and shouting ensued.

In the past, sometimes things went too far, and fists begin to fly.

Fortunately, we’ve been able to curb our children’s anger enough and taught them that hitting another person is not a valid choice.

One of the things my wife often repeats to our children is, “You always have a choice on how you react.”

Her words have been a reminder to me about my ultimate power.

I always have the power to choose how I will react.

Back when I lived in a world of road rage, I was instantly engulfed in fury at the slightest provocation of somebody else’s thoughtless driving.

It was as if I was standing in a pool of gasoline with a lit match that was dangling from my fingertips.

One small bump and I would drop the match, and a bonfire would ensue.

Now many years later, I’m glad I recognized the futility of living life with such a short fuse.

By allowing myself to jump into road rage so quickly, I was opening myself up to be overtaken by my circumstances.

Once I banished road rage from my life, I recognized a new calm in my life.

I began to see that the way I acted in one area of my life was indicative of the way I was choosing to live in other areas of my life.

The incidents that led to road rage were violations of what I viewed as acceptable human behavior.

I had become too rigid in what I viewed as acceptable.

This rigid adherence to the correct way of living life was too constraining.

It meant I was constantly on edge.

I had to be the vigilant warrior to protect the world from what I deemed were abuses of humanity.

My rigidity had become destructive to my well-being.

Over time, I’ve come to recognize that all the anger that ensued from reacting to daily annoyances was draining the life force out of me.

I conclude that the anger and aftereffects of anger simply weren’t worth it.

It was time to recognize and live the words of Robert Elliot.