My Very Own Karate Kid Moment 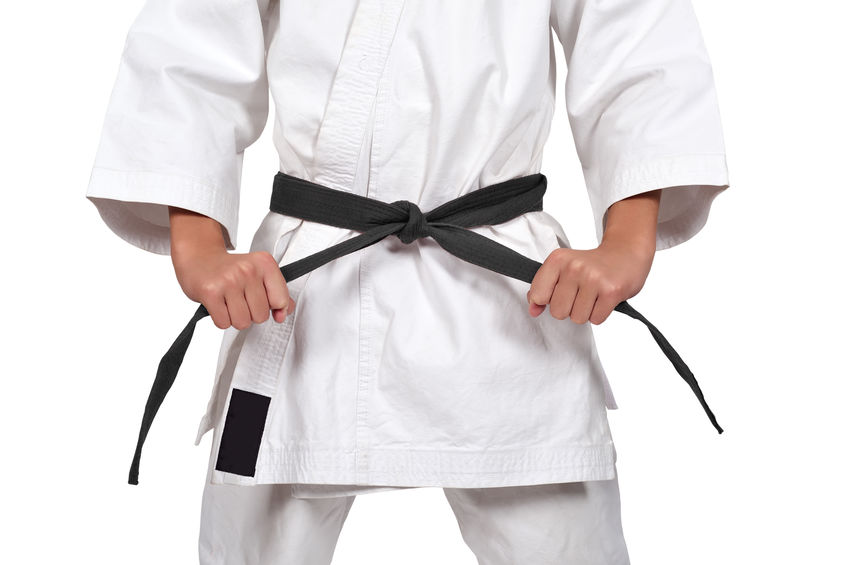 My Very Own Karate Kid Moment

I was ten years old when The Karate Kid opened in theaters.

What an amazing movie!  I absolutely loved every scene of the movie.

Daniel Larusso was the outsider high school student who moved from New Jersey to Reseda, California.

There Daniel was as a nobody in a brand new school.

I probably related a lot to Daniel back in those days of my youth.

My father was in the Army, and it seemed like we moved every three years.

There was a certain level of excitement at getting to travel to new places.

We lived in West Berlin, Germany, during the early 1980s.

I still remember the day we crossed Checkpoint Charlie to go past the Berlin Wall into East Berlin.

What a different world that was.

Living in Berlin was one of the great highlights of my childhood.  I had lots of neighborhood friends.  We played wall ball.

I don’t quite remember what the point of wall ball was.

No that I think about wall ball more, I don’t quite comprehend why I enjoyed the game so much.

We also played quite a bit of baseball in an open field next to the playground.  I loved playing baseball back then. During the summer we played every afternoon.

Returning to The Karate Kid.

Daniel took a liking to the “It” girl Ali Mills.  Ali liked Daniel as well.  However, Ali was from an important rich family.

Daniel was from the wrong side of the tracks as it were.

Johnny was the classic jerk.  Ali had dated Johnny for a while and then she kicked him to the curb.

From the moment Johnny met Daniel, he bullied Daniel.

One evening as Johnny and his gang were kicking Daniel’s guts in, out of nowhere came Mr. Miyagi.

Daniel convinces Mr. Miyagi to train him in Karate.

To learn Karate, Daniel must do a bunch of menial chores like waxing a bunch of cars and painting the fence around Mr. Miyagi elaborate garden.

Daniel finally gets fed up with the slave labor he’s had to endure asks. Mr. Miyagi when he’ll be taught karate.

To Daniel’s surprise, all the menial chores had stored the karate moves into Daniel.

The Karate Kid is an amazing hero’s journey story.

In the early years of my accounting business, I was getting kicked in the teeth every day by my business.

I was working more hours than made sense, and I was barely making ends meet.

It seemed like no matter how much I worked; I was never getting ahead.

Then after one tax season, I went to an accounting conference.  There was someone at the conference who shared a message with me on marketing my business.

From the first word, I had a feeling that the message I was getting was important.

During that conference, someone else shared the message that  “Every business is 80% ineffective.”

Wow! What a bold claim.  I was intrigued.

What was this person talking about?  I’m pretty good at what I do, I thought.

I wanted to learn more.

It didn’t take long for me to realize that there was a lot of inefficiency in my business.

For the past four years, I had been working myself more than I needed to and I wasn’t getting the results I so desperately deserved.

Over my career, I’ve had the opportunity to work with several business mentors and coaches.

One of the biggest values I’ve received in working with these mentors and coaches, and they bring a different perspective into my lives.

They have helped me become aware of things I was previously ignorant about.

I quickly learned that I was doing many things in my business that simply didn’t matter.

I was wasting time on stupid garbage that did not produce my desired results.

I shifted my focus, and the results I received were tremendous.

I started taking time off for vacation.

I changed my life by changing what I focused on.

I had spent too many years, being busy that I could see I was running around in circles.

I once attended a different conference where the speaker started the presentation with the following story.

Now I have a question for you.  If you had the choice, which bill will you pick up?

The speaker let us mull over the question for a minute or two.

Then out came these words from the speaker’s mouth.

Nine out of ten of you will pick up the $10 bill every day of the week.

You are picking up the $10 bill every time you choose to do something that you can hire a $10/hour employee to do.

You are wasting your time on tasks that are going to keep you poor forever.

Until you start doing work that will earn you $1,000/hour, you will be stuck in poverty.

I think about this example frequently.

Earlier this year, I became reacquainted with the Pareto principle.

The Pareto principle is also known as the 80/20 rule.

The Pareto principle states that 20% of the things we do in our lives creates 80% of our results.

Finally, I put two and two together.

I remembered back to the person who made the claim that “Every business is 80% ineffective.”

How in the world could this person make such a bold claim?

Because everything in our life is governed by the Pareto principle.

We get so caught up in doing tasks in our lives that are a waste of time.

We lose focus and spread ourselves thin.

We do the urgent, and the important gets ignored.

We will always be left empty when we allow ourselves to work on unimportant urgent tasks in life.

No amount of unimportant work can fulfill us.

We will never find fulfillment in unimportant work.  It is impossible.

We will only find fulfillment in doing the things that are important to us.

Important is the only focus that should matter.

Thank you, to my business mentors and coaches!

No amount of words can express the gratitude I have for the impact you’ve had in my life.