On The Front Lines 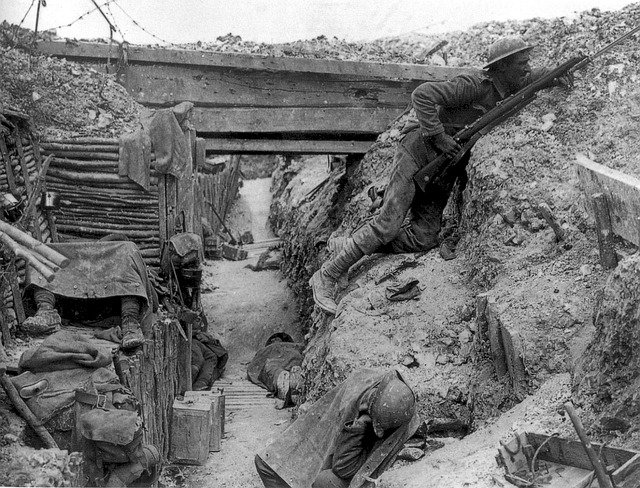 Twenty years ago, I ended my enlistment in the U.S. Army.

While I was in the Army, we went out to the field and played war.

When we got to the first task, we engaged in was creating a perimeter around our camp.

On the outside of the perimeter, we dug fox holes that we would stand in with our weapons to watch for enemy troops.

Digging foxholes is hard work, and it wasn’t my favorite task.

I remember thinking that it didn’t make a whole lot of sense to be digging a foxhole.

The idea of digging a foxhole in the late nineties seemed archaic to me.

After all, we now had modern weapons.

Why in the world were we reverting to trench warfare that was common practice during World War I?

I was naïve back in those days and should have known better than to question the Army practices.

The decision to build foxholes was above my paygrade.

My job back then, as a private, was to do what I was told to do.

Later I came to understand the importance of creating a perimeter.

The perimeter was the next best thing to a wall that would protect us should we be attacked.

Earlier this week, my family and I went down to Myrtle Beach, SC for a few days.

We stayed at a hotel on the beach.

Yesterday three of my children and I awoke at 6:30, so we could watch the sunrise out of the ocean.

It was a beautiful sight.

I took lots of pictures of the sun rising.

The sun was very bright, and I could only look at the sun for a fraction of a millisecond.

After watching the sunrise, I went to a café in the hotel.

I struck up a fun conversation with Susan, the barista.

Susan was originally from Minnesota.

At first, I didn’t hear her accent, but the more I listened to her, the more pronounced the Minnesotan accent became.

Susan shared with me the legend of how the 11,842 lakes were formed.

Legend has it that the lakes were formed while Paul Bunyan was exploring the state.

As my time came to an end that morning, Susan handed me a business card and asked me to go to a website and give her a review.

This is the second time this year, where I stayed at a hotel, and the hotel staff asked me to give them a review.

As I thought more about the practice of having customers review the hotel staff, I became fascinated with the bottom-up approach; the hotel management is taking with customer satisfaction.

Not once while staying at a hotel have met the head manager of the hotel.

Most of the time, each of these people are friendly and willing to do everything in their power to improve my hotel stay.

Ninety percent of my interactions are with the rank and file hotel staff.

If I have a bad interaction with a rank and file hotel staff member, I most likely will have a bad experience during my hotel stay.

The rank and file hotel staff are the most critical staff to ensuring guests have a pleasant stay at the hotel.

The rank and file hotel staff establish a figurative perimeter around the hotel to protect the guests from a lousy hotel visit.

If the rank and file hotel staff do their job well, then guests have a pleasant experience.

If the rank and file hotel staff don’t do their job well, then the guest will have an unpleasant experience.

With so much competition in the lodging industry, it is imperative that guests have a pleasant experience.

The rank and file hotel staff are the front line for the hotel and should be encouraged to provide a warm experience for each guest.