One Year of Profit First Success 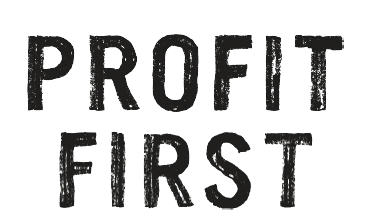 A year ago, I started my journey with Profit First.

Sir Winston Churchill stated it best when he said:

“To each there comes in their lifetime a special moment when they are figuratively tapped on the shoulder and offered the chance to do a very special thing, unique to them and fitted to their talents. What a tragedy if that moment finds them unprepared or unqualified for that which could have been their finest hour.”

Most people miss their Lightning in a Bottle Moments because they ignore the lightning in a bottle for the following reasons:

In other words, they have an excuse.  No matter how good the excuse is, an excuse it is still an excuse, and they remain in their comfortable mediocre lives

As Eric explained how Profit First work, he said the following words that were magic to my ears.

With Profit First, you set up a few bank accounts to allocate how you spend your money.  You have the following bank accounts:

That was all I needed to hear. I knew instantly that Profit First was the answer to a question I had been struggling with for nearly seven years.

Hearing about Profit First was a Lightning in a Bottle moment.

I bought the Profit First book and instantly felt a kindred spirit in Mike Michalowicz, the book’s author.

I read his other books. Mike is a businessman’s businessman.  In each of his books, Mike reveals in vulnerable detail his struggles and how he figured out a way to move beyond his struggles to success.

As I went down the rabbit hole of Profit First, I learned that Mike and Ron Saharyan founded a company called Profit First Professionals.

The book Profit First became a runaway success.  People became transfixed by the novel idea of taking the Profits First in their businesses.

How did the small business consciousness become so messed up that so many people lose their shirts to the grindstone of business ownership?

People started contacting Mike Michalowicz, thanking him for the book, and asking Mike for help with implementing Profit First in their business.

Mike soon realized there was an enormous demand for professionals that were trained in the principles of Profit First.

Mike and Ron Saharyan developed a training and certification curriculum.

Mike and Ron realized that Accountants, Bookkeepers, and Coaches would be the best people to bring Profit First to the small business world.

As soon as I found out about Profit First Professionals, I knew I had discovered what I wanted to do with the rest of my career.

Over the past decade, I’ve seen many people make a lot of decisions about their money.

Most of the people I worked with made average decisions with their money.

Some made miserable decisions with their money.

A select few made tremendous decisions with their money that allowed them to create their ideal lives.

The ones that I observed that made the most amount of money were the ones that built a business that was not dependent on the business owner.

The biggest differentiator between the wealthy and the non-wealthy is how each chooses to make and spend their money.

Benjamin Franklin said, “Your net worth to the world is usually determined by what remains after your bad habits are subtracted from your good ones.”

Benjamin Franklin said in 22 words what I’ve been writing this whole article about.

To me, Profit First comes down to establish good business habits in a business.

That simplifies this whole money game.

I guess you could also say that is how to win at the game of life.

Earlier today, I read a few reviews on Amazon from people who have read Profit First.

I get a guilty pleasure out of reading the most critical reviews on Amazon.

As I’m writing this article, there were 1,458 customer reviews for Profit First.

I love it when I read something super nasty.

I say that because I’m not the one being criticized.

When the arrows of spite are pointed at someone else, it’s fun to watch.

When the arrows of spite are pointed at me, it is dreadfully painful.

Here are a few reviews I enjoyed reading

“I don’t know why this book is rated highly by many. I found it to be offering very little. In fact, it just says take your profits first over and over again in different ways and elaborate on it indefinitely. I think he just needed a chapter for this idea, not a book. Bad buy on my part. I must give him credit for knowing how to boost his Amazon ratings so he can boost his sales.”

Here is another review that I love titled

Ladies and gentlemen, this is how people make money in the era of internet and on line reviews: take a catchy subject that is 100 years old and can be explained in a single page; then write a book around this subject and use the words “profit” and “first” as a title. Then make money on Amazon. P.s. The more famous and rich you were prior to writing this book, the more positive reviews and money you will achieve.

And here is the best of them all

A little too basic.

Now that you’ve heard some words from people who despise the concept of Profit First, I’m going to share with you my experience.

Money should be simple. The problem with business today is everything is too complicated in business.

We have all these stupid accounting rules and reporting requirements on how everything should be recorded just right and reported in the exact format.

There is one only one thing that matters in business.  Is the business making money?

At the end of each day on average did the business make more money than it spent.

If the business made more money than it spent, than there should be cash in the bank.

If there isn’t cash in the bank, then there is a problem.

Most businesses end up as failures.

It should not take four years of accounting school and a master’s degree in business to figure out how to make a business successful.

A business is not successful because it has a good attorney.

A business is not successful because it has a good accountant.

If someone can’t figure out how to make profits, that person is not going to survive in business.

So those of you out there that think it should be more complicated.  Continue on with your rants and your complaints about things being too simple.

Here is what I will tell you.

It takes a density of thought to make something simple.