Returning Back To Basics 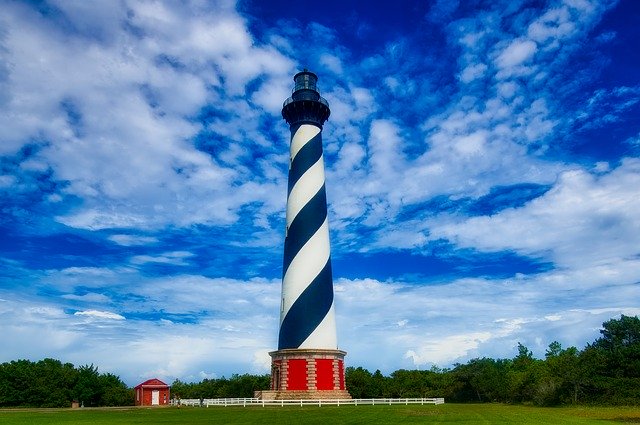 On the coast of North Carolina, there are seven lighthouses.

These lighthouses were strategically built along the Outer Banks of North Carolina as a beacon of where land exists.

The waters beyond the Outer Banks of North Carolina have been so treacherous that many ships sunk swiftly down to Davie Jones’s Locker.

On October 10, 1995, a US Naval Ship was traveling off the coast of Newfoundland when it began a radio dialog with the Canadians.

Here is the transcript of that conversation.

Americans: Please divert your course 15 degrees to the North to avoid a collision.

Canadians: Recommend you divert YOUR course 15 degrees to the South to avoid a collision.

Americans: This is the Captain of a US Navy ship. I say again, divert YOUR course.

Canadians: No. I say again, you divert YOUR course.

Americans: This is the aircraft carrier USS Lincoln, the second largest ship in the United States’ Atlantic fleet. We are accompanied by three destroyers, three cruisers, and numerous support vessels. I demand that YOU change your course 15 degrees north, that’s one five degrees north, or countermeasures will be undertaken to ensure the safety of this ship.

Canadians: This is a lighthouse. Your call.

The US Captain recognized that he had power with his Aircraft carrier.

He had multiple support ships to maintain his power.

Despite his power, there was something more powerful than the combined force of his fleet.

However, when they venture into land, their power is vastly diminished.

Just like the old paper, scissors, rock game, I played as a child.

As powerful as the modern navy is, it is only effective in the environment it was designed.

When was the last time you heard of submarine torpedoing a ship in Kansas?

I’d be willing to bet that we will never see a submarine torpedo a ship in the landlocked state of Kansas.

Lighthouses have served as beacons of safety as well as navigation points for thousands of years.

Each of the lighthouses of North Carolina has a different pattern.

The pattern of the Cape Hatteras Lighthouse is a black double helix spiral stripe on a white background.

The pattern of the Bodie Island Lighthouse is black and white horizontal bands.

The pattern of the Oak Island Lighthouse has the bottom third of tower gray, second third white, and top third black.

The distinctive markings of each lighthouse provide a reference point of which lighthouse the ships are viewing.

When we look at our businesses, we need to establish boundaries for ourselves.

Our businesses will operate wonderfully if we operate them in the correct environment.

However, if we venture into the wrong environment with our businesses, we will suffer the same fate that so many shipwrecked vessels encountered as they entered the Graveyard of the Atlantic.

Too often, I see some business owners attempting to be all things to all people.

Often this phenomenon occurs when the business owner hasn’t charted a clear path to where they want their business to go.

Without a clear path, these businesses are vulnerable to being tossed around by the constantly changing winds.

This reminds me of the following conversation Alice had with the Cheshire Cat.

Would you tell me, please, which way I ought to go from here?’

`That depends a good deal on where you want to get to,’ said the Cat.

`I don’t much care where–‘ said Alice.

`Then it doesn’t matter which way you go,’ said the Cat.

When we run into defeats, setbacks, or roadblocks, the first thing to do is determine where we are along the path.

If we haven’t charted a course yet, then now is the time to determine where we want to go.

Without a clear endpoint, we will end up wandering aimlessly.

Sometimes when people are bewildered and overwhelmed, they will proclaim, I don’t know where I want to go, I just want to get away from where I am now.

There’s folly in this response because getting away from where one is now is easy to do.

Just take one step to the left.

Or take one step to the right.

Or take one step forward.

Or take one step backward.

Each step takes us away from the place we are currently.

We can see this point illustrated with another conversation Alice has with the Cheshire Cat.

`–so long as I get somewhere,’ Alice added as an explanation.

Alice felt that this could not be denied, so she tried another question. `What sort of people live about here?’

`But I don’t want to go among mad people,’ Alice remarked.

Each of us has a limited amount of time, resources, and energy with the days we have on this earth.

We must be judicious, practical, and responsible with the gifts we’ve received.

To make the most of our resources, we must develop a plan that takes us from where we are now to where we want to arrive.

When we have that plan, it will focus us so that we will have reference points, much like lighthouses that keep us on the correct path.

When we find ourselves diverted from our path, we can look for our lighthouses to bring us back to our path and progress us along our journey.