Standing On The Edge of Fear 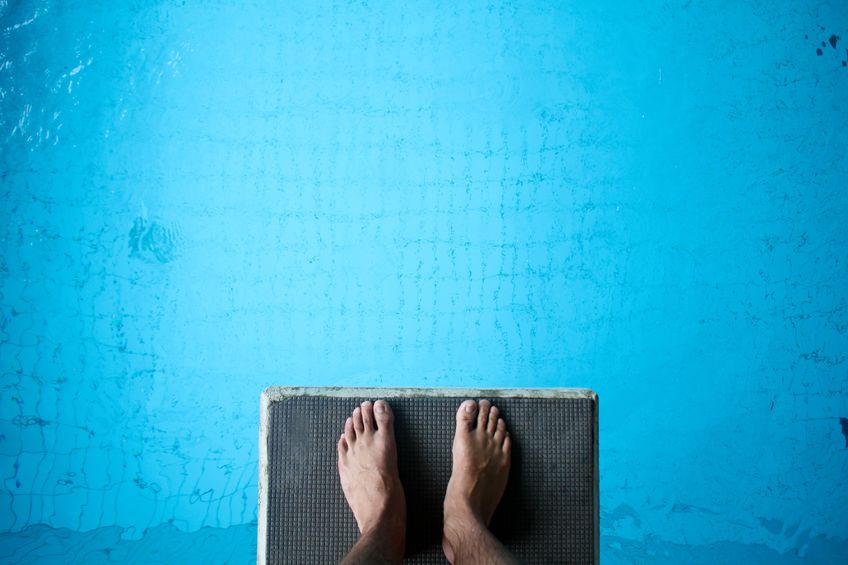 I was racked with fear.

The fear was so palpable I could taste it.

I was scared to death.

I inched my little toes closer to the edge.

My heart began to race.

I could hear the thumping of my heart as terror coursed through my veins.

Everyone down below was rooting me on.

“You can do it, Damon! They yelled”

But I couldn’t.  I was too scared.

There was no way I was going to jump off the diving board today.

I began to cry.

It was too scary.

I wanted to be brave.

I wanted to experience the thrill of jumping from the high diving board.

All my friends were doing it.

They squealed with glee as they flew through the air from the diving board to the splash of the water.

But I couldn’t do it.

That was my first experience with heights.  I was only seven years old at the time.

And I’ve been scared of heights ever since.

A few days later, I went back to the swimming pool with new determination.

This was going to be the day when I conquered the high diving board.

As I rose to the surface of the water after my plunge into the deep end, I was grinning from ear to ear.

Not only did I jump from the high diving board, but I also had fun while I was doing it.

Jumping from the high diving board became one of my most favorite things.

It became a game.

How would I jump off the diving board now?

I’ve done, cannonballs, dives and even the occasional belly flop.

I try to avoid the belly flop.  Those ones leave a mark.

I got past my fear of heights from the diving board and turned it into pain.

A few years ago, I took my daughter Norah for a trip to Chicago.

We took the elevator up 100 floors to the observation deck of the John Hancock building.

It was a beautiful sunny day without a cloud in the sky.

The view from the Observation Deck is impressive.  Lake Michigan appears to go on forever.

Some genius came up with a thrill ride called Tilt in the observation deck of the John Hancock Building.

It’s a glass contraption (or rather death trap) where you stand vertically with your face smashed against the windowpane.

Then the Tilt operator pushes the green tilt out button and the window the extends out and down.

I can’t imagine a worse feeling in the world than to feel suspended 1,000 feet above the ground.

Here’s a video I found of Tilt.

Meanwhile, while I’m dying inside with fright, my daughter Norah was having the time of her life.

She’s climbing allow over the windows and giggling the whole time.

I’m trying to remain calm as I ask her to take a few steps back away from the window.

I know it’s irrational, but somehow, I’m envisioning her falling through the windows.

And there you have it, my fear of heights has been revealed.

That fear still paralyzes me.

I have other things I’m scared of.

Except for the days when I become rigid with fear.

There’s been a lot of fear in my life the last few months.

This whole new journey I’ve been undertaking with building Ideal Money Life has been one adventure after another.

It’s been a constant discovery of something new.

I’ve struggled with many things, and I’ve been delighted when I got something to work.

Then I run into something that was broken.

I’ve had to practice consistency.

I’ve been challenged by the shiny new object that shows up each day trying to distract me from what is essential.

I’ve been scared more this year than I’ve had in the last ten years of my life.

The fear has been so intense.  It has brought me to tears as I’ve struggled to take one more step.

Which brings me today.

I’ve been delaying the action for several weeks now.

I’ve had so many irrational fears around the launch that kept me from taking action.

Day after day, I’d say today is going to be the day that I launch that Facebook Ad.

What if it doesn’t work?

I know it seems silly.  What is there to be scared about?

I don’t want this terror to rule my life anymore.

I tried all the logic in the world to convince myself to take action.

I even told myself I couldn’t afford to lose the money.

Then I read a quote that said, “You should make a plan to fail.  That you can get failure out of the way and move on with your life.”

I thought I would feel relieved.  I even thought I might be excited.

However, that’s not what I felt.

I took the plunge, and it hurt worst than the belly flop from the high diving board.

Why did it hurt?

I’m not sure yet, but I think it’s because I was letting go of my baby.

This project I’ve devoted hundreds of hours to now is being put to the test by the market.

Will it be accepted? I don’t know.

Somehow it felt better to live in fear than it does now.

I wanted to stay in my cocoon of fear. It was more comfortable than the potential pain of rejection and failure.

Now I can start to get some results.

Now I can start to test and measure and make improvements.

Now I can proceed.

I’ve busted loose from the cocoon of fear.

I took the plunge, and now I can call myself an online marketer.