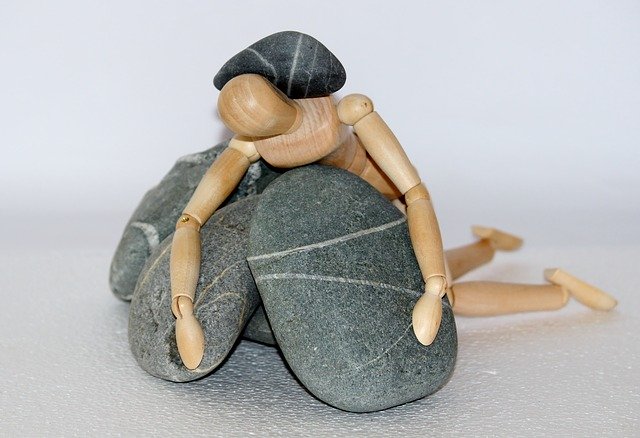 A few years ago, I attended a conference where a speaker presented information on marketing.

After the presentation, I was talking with a colleague, and he remarked that this marketing thing is difficult.

I paused for a moment and then replied, “Well, is it really? I mean worrying about how you’re going to pay for your mortgage is difficult.”

So many things in life are relative.

Most of us in America deal with first world problems.

No matter what our status in life, we live in a life that is full of wonders as well as sufferings.

Over my decades-long career in business, I’ve gotten to know people at various success levels.

In my businesses, I’ve had varying levels of success.

I’ve been in startup mode, and I’ve been very successful.

Part of why I love business so much is it is an ever-evolving experience.

There are highs, and there are lows.

The lows can be devastating.

However, if we approach those lows as learning experiences, then we can transform our lives and our businesses as a result of those experiences.

Last fall, I went through a painful failure in business.

It rocked me to my soul and brought tears to my eyes.

Much of the pain of the experience was due to my fear of failure.

Consequently, I recognized I prevented myself from acting because I didn’t want to fail.

I also logically knew that the only way I was going to progress was by taking risks.

There would be no reward if I weren’t willing to take on risk.

Success in business is much like lifting a stick in the air.

To achieve success, we often have to experience failure first.

At times I think it would be nice to achieve success without going through the challenges and experiencing failure.

However, I soon come back to reality and recognize that the failure is part of what makes the success taste so sweet.

Many times we start on a path of success completely naïve of what it takes to get to the pinnacle of success.

Often if we knew what the price for success was at the beginning of the journey, we wouldn’t be willing to take the first step.

We would become too overwhelmed by the heavy price that we would choose another path.

Fifteen years ago, I was frustrated with my career and felt like I was in a job with no prospects of progression.

I decided to pursue an MBA degree to progress my career.

Shortly before I began the MBA program, I remarked to someone that it was going to take me three years to complete the degree.

I remember telling someone, “Oh, it will be a little bit of time each night.”

I was so naïve.

It was a ton of work, and there were many times when I felt like I was standing with my mouth in front of a fire hydrant that was pouring out water at full blast.

Had I know how much work I signed up for when I enrolled in the MBA program, I wouldn’t have signed up.

I’m glad I didn’t know the workload because I gained so many skills that have been vital for my business life.

Many of the most painful moments in my life have been when I felt hopeless.

Moments when I had no clarity of what direction I should go.

Moments where I was aimless, much like a ship in the middle of the sea without a sextant to provide direction.

Viktor Frankel, may his name be remembered for blessing, was a survivor of four Nazi concentration camps, including Auschwitz-Birkenau.

In Man’s Search For Meaning, Frankel shares many of his experiences of suffering while in the concentration camps.

There he was confined to an existence where everything was stripped from his life.

Death was literally in the air.

At any moment, the prison guards could have marched Frankel off the gas chamber.

One day, many of the prisoners, including Frankel, were gathered together and told by the SS guards they were being set free.

Hope and excitement bubbled up as these prisoners were finally going to taste the freedom they had been longing for amidst intolerable indignity.

As Frankel stood in line to exit the camp, a Nazi doctor removed him from the line.

He was so close…

Frankel became filled with anger and frustration at being so close to freedom.

A few days later, sounds of gunfire filled the air, which signaled the battlefront had progressed to that Auschwitz.

Then on January 27, 1945, the white flag flew high above the concentration camp.

Frankel then learned that had he been set free with the other prisoners a few days earlier, he would have joined them in a terrible death.

Frankel took those miserable inhumane experiences and transformed his life because of those suffering.

He proclaimed a message that meaning in life is to be found in every moment of our lives.

We can find meaning in both our miseries and our good fortunes.

We don’t seek our suffering for suffering’s sake.

If we did, we would be masochists.

When we go through challenges, we serve ourselves best when we look inward and use that challenge as a bridge to move us forward in life.

In my experience, most of my challenges were born within me.

I run into roadblocks because of something I’m either doing or not doing.

I used to ask a destructive question – Why is this happening to me?

When I did this, I abandoned my role in the situation.

I started to play the blame game.

The blame game is a pernicious waste of time.

When I play the blame game, I give up my control, and I confine myself to remaining in a situation that robs me.

When I put on the cloak of maturity, I become a detective.

I ask myself vital questions.

Why is this happening?

What can I do about this?

These questions move me into problem-solving mode, which empowers me to overcome those challenges.