The Iron Cowboy Takes on America 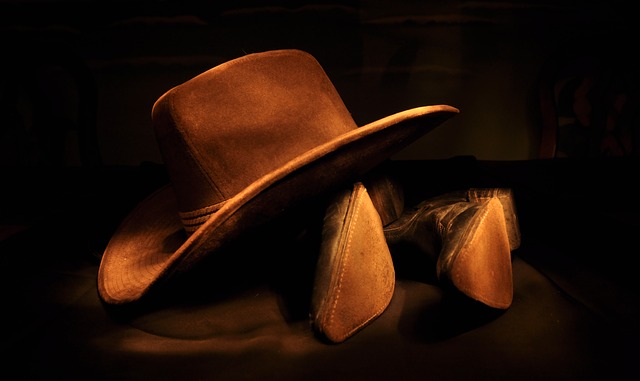 Once upon a time, there was a man that liked to compete in triathlons.

While he was competing in the races, he would wear a cowboy hat.  That way, when his spectator friends and family saw him, they would know it was him.

James Lawrence (aka The Iron Cowboy) became quite the triathlete.

He fell in love with the multisport event.

Then in 2011, he set a record for completing 22 half-ironman races.

An Ironman race starts with a 2.4-mile swim. The next event is a 112-mile bicycle ride.

Once your legs have gotten used to pedaling for a significant distance, it’s time to get off the saddle and begin a 26.2-mile marathon.

As a teenager, I once watched television coverage of the Ironman World Championships.

I was enthralled by the physical endurance people were putting their bodies through.

I remember saying to myself, one day I’ll do a triathlon.

This coming from a boy who had never run more than five miles in his life.

I ran a few marathons in my thirties and felt like I was ready to tackle the dream of my youth.

After about two weeks of “training,” I realized a short triathlon was not in the cards for me.  There would be no way I’d ever complete a full Ironman race.

I’m OK with that.

The commitment it takes to compete in one Ironman takes inhuman strength.

Props go to anyone who wants to commit a small part of their life to that enormous endurance event.

Not only that but James was going to raise a $1 million for the Jamie Oliver Foundation to fight childhood obesity.

I’m not quite sure which is more unhealthy childhood obesity or 50 triathlons in 50 states in 50 days.

There’s only been one person to attempt completing 50:50:50 triathlons.

I’m guessing there is more than one child that has obesity issues.

My honest opinion is 50:50:50 triathlons is one of the most unhealthy activities a person could attempt.

However, that comes from a person who will never attempt a triathlon.  Take my opinion on this one with a grain of salt.

I must, however, acknowledge the athletic prowess James had to compete for the 50:50:50.

Last week I watched the documentary Iron Cowboy, which follows James as he runs and swims and bikes around the country.

I certainly think it must have been quite a boring thing to watch someone push their body through 140 miles of endurance day after day after 48 days.

I once tried to get my family to cheer me on at one of my marathons.

That’s when I realized that there is nothing exciting about a marathon.  It’s an incredibly boring, spectator event.

I think watching paint dry might be a little more exciting than watching someone run a marathon.

I think I hear my dentist calling me to give me a root canal and I’m more excited about that.

While James was on his 50:50:50 adventure raising $1 million for the Jamie Oliver Foundation, he experienced quite a bit of controversy.

James and company were ignorant of the money controls that have to be put in place while raising money for a charity.

There wasn’t enough communication before the 50:50:50 started to form a formal relationship with The Jamie Oliver Foundation.

Some people suspected foul play.  Eventually, things were sorted out.

Then there were instances where James skirted with what some people considered a pure Ironman triathlon.

After one grueling day, James had an injury in one of his legs.

Medical advice suggested that it would be unhealthy to run the next day.

The next day James got on an elliptical machine and completed his 26.2-mile “run.”

Oh, the horror that erupted from social media decrying James the cheat who used an elliptical machine that day.

Then there were the instances where James used IV bags filled with saline solution to replenish his fluids.

Apparently, the use of an IV two weeks before an athletic event is a violation of anti-doping rules established by the World Antidoping Agency.

The Iron Cowboy movie continued to share the struggle of James’s journey to complete the 50:50:50.

James finally completed his quest and became the only person to complete the 50:50:50.

He ended up raising $75,000 for the Jamie Oliver Foundation.

One of the struggles they ran into is that nobody had coordinated fundraising for the 50:50:50.

Certainly, it was impossible for James to do any fundraising during his quest.  He was too busy running, swimming, and biking.

As I thought about James and his journey, my thoughts turned towards my own life.

I started thinking about pursuits I’ve thrown my whole life into.

I suspect that so much attention was focused on James preparing for the endurance event and the logistical nightmare of traveling through 50 states in 50 days that the more essential aspects of fundraising just didn’t happen.

Very few people in America exercise let alone compete in multisport events.  I suspect few people cared that someone was slaying his body across 50 states.

One person at the end of the movie commented that 50:50:50 was the most impressive athletic event in human history.

In my mind, Terry Fox’s Marathon of Hope is a much greater athletic achievement.

I mean Terry only had one leg. And he had cancer during his Marathon of Hope.