The Source of Frustration 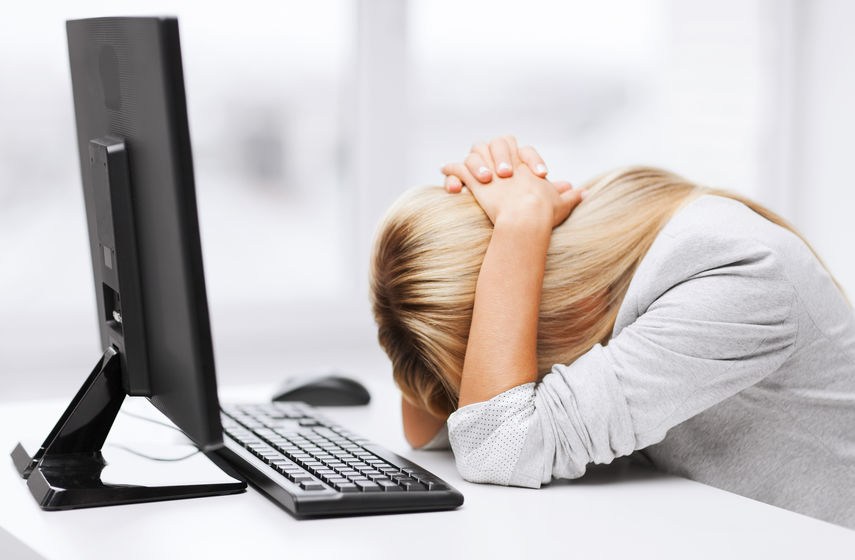 Earlier this week, I was listening to someone talk about the struggles they were having with growing their business.

As I was listening to her, it became abundantly clear what her biggest issues.

At first, she talked about how tight things were with money.

As I listened further, she explained that she did not have enough clients.

Then she explained that she didn’t have very many people in her prospect database.

I smiled as I listened to her because I saw myself in her struggles.

Eleven years ago, when I started my accounting practice, I was so naïve.

I thought that all I had to do to be a raving success was hang out my shingle and then business would come flocking to me.

I had no clue what marketing was.

I had no clue how to do a sales presentation.

I believed incorrectly that people needed a CPA.

Therefore, I would get lots of work and never have to worry about money.

If only things were that simple.

Oh, what a rude awakening I had when I hung up my shingle and all I heard was crickets.

But wait there weren’t crickets because even they didn’t know who I was.

I later got some training in sales and learned how to sell my services.

Then last November I had the great fortune to receive several qualified leads from a great marketing source.

I was astounded at how easy it was for me to do my sales presentation.

In November, I closed some really good sales and was excited about how easy it was to convert my leads into new customers.

I remember saying to myself, well, that was easy.  Now I know what it’s like to have a working sales funnel.

Then In January and February, my leads dried up and I wasn’t able to do any sales presentations.

I realized that my real problem was that I didn’t have enough qualified leads.

If I had enough qualified leads, I would be able to close all the sales I wanted.

I then began the search to figure out the solution to my nonexistent marketing.

I’ve put in a lot of investment in the last nine months building out my marketing engine.

Prior to this year, I never had a consistent marketing engine.

I marketed here and there.

This is how my marketing typically worked.

I would run out of work.

I’d start to get worried about where my next client would come from.

Then I would start to network like crazy, so I could meet people and start to prime the pump for new work.

Then I would get new work in.

In fact, it worked so well that I got more work than I could handle.

I became so busy doing the work that I “had no time” to continue marketing myself.

Then I would get to the point where I started to run out of work again.

Then the vicious cycle would begin again with me networking like crazy.

My networking would work, and I’d begin to get more work than I can handle.

If you were to graph out how much marketing I did, the graph would have a lot of ups and downs.

I took no effort to build up a database of prospects that I had conversations with.

I took no effort to market myself on a consistent and regular basis with people I’d gotten to know over the last eleven years.

That means I could have a database of 2,860 people that could have had the opportunity to know me well.

If I had taken the effort to communicate with those people consistently over the past eleven years, I would have an audience to promote my services to.

Now let’s say each of those 2,860 people knew ten people that were my target customer.

That means my potential reach would be 28,600 people.

I could go into further discussion of what the possibilities are.

Here is the situation I’ve found myself in.

I’ve not taken the time to build up a database of people I’ve gotten to know.

Moreover, when I look at my email list of people, I currently have to build a relationship with, I have 53 people on my email list.

I mention my email list because email is one of the best ways to build a relationship with people.

I don’t have a database of prospects to promote my services to now.

But that’s ok.  I have to start somewhere, and I’m happy to start now.

Here’s where I could be frustrated.

I could say to myself I’d like to close five new deals a month.

My most immediate problem is that I don’t have enough leads.

I’m in the same boat as the lady I referenced at the beginning of this article.

The best course of action for me now is to ramp up my marketing so that I can gather qualified prospect leads.

The first step for my growth is to get myself out in front of as many people as possible.