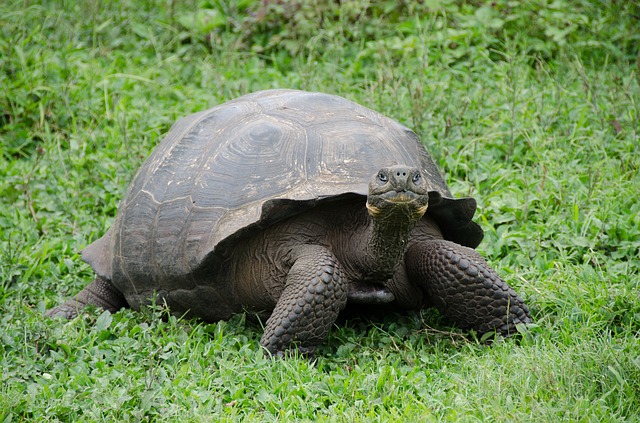 As a child, my mother told me the story of the tortoise and the hare.

A Hare was making fun of the Tortoise one day for being so slow.

“Do you ever get anywhere?” he asked with a mocking laugh.

“Yes,” replied the Tortoise, “and I get there sooner than you think. I’ll run you a race and prove it.”

The Hare was much amused at the idea of running a race with the Tortoise, but for the fun of the thing, he agreed. So, the Fox, who had consented to act as judge, marked the distance and started the runners off.

The Hare was soon far out of sight, and to make the Tortoise feel very deeply how ridiculous it was for him to try a race with a Hare, he lay down beside the course to take a nap until the Tortoise should catch up.

The Tortoise meanwhile kept going slowly but steadily, and, after a time, passed the place where the Hare was sleeping. But the Hare slept on very peacefully; and when at last he did wake up, the Tortoise was near the goal. The Hare now ran his swiftest, but he could not overtake the Tortoise in time.

The moral of the story is “The race is not always to the swift.”

This story was one of my favorite stories as a child.

I saw a few cartoons illustrating the hare running circles around the tortoise, and then the hare took a break.

The tortoise, however, kept striding along with the same pace.

Another moral I’ve heard associated with this fable is, “Slow and steady wins the race.”

Here are three lessons Realtors can learn from the tortoise.

The tortoise wasn’t bothered by the ridicule he received from the hare.  The hare made fun of him for his slow progress.

However, the tortoise knew all he had to do was stay on the path and continue on his trail.

He didn’t let anyone deter him from plodding along as he moved closer and closer to the finish line.

Some of the realtors I’ve worked with have become captivated by the Shiny Object Syndrome.

If you don’t know what Shiny Object Syndrome is, watch the video below.

It’s natural to be enticed by something new.

Especially if it has the promise of bringing light into our life.

However, far too often, the shiny object is a distraction from what matters.

Falling victim to Shiny Object Syndrome will only lead to fatigue.

When a Realtor is hypnotized by the Shiny Object, they will end of much like the hare running around in circles super fast and not winning the race.

Stay Focused and Be Consistent

The tortoise knew what his capabilities were.

The tortoise couldn’t stand up on two legs and start running towards the finish line.

Most likely he would have been stuck lying upside down on his shell.

Lying on his shell would have been a severe hurdle to finishing the race.

The only way for the tortoise to finish the race was to put one foot in front of the other.

He didn’t worry about the hare mocking him.

He was a tortoise.

He owned being a tortoise and moved steadily along the race path.

All he focused on was putting one foot in front of the other.

Within four years, most people that start a Realtor career fail out of the industry.

This opens up a massive opportunity for those Realtors that can stick it out past the four-year mark.

Longevity has its benefits.

When Realtors have built their business correctly, they can have an extensive database of clients and referral sources.

The database becomes the Realtors, most valuable asset.

The key is to develop systems early on in the business to build the database and grow the relationship with the clients and referral sources.

Success in real estate is a numbers game.  Many people start a Realtor career and have early success with some quick home sales.

However, that growth becomes limited until a consistent stream of new buyers and sellers comes into the business.

To have a consistent stream of home buyers and home sellers, there must be working systems.