We’re Surrounded By The White Stuff 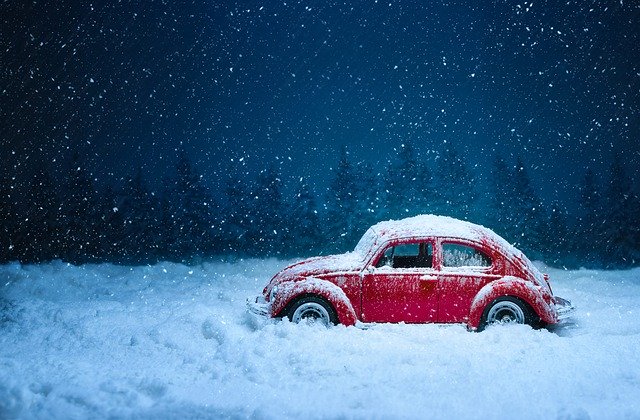 Every year in North Carolina, when winter rears its head, there is a strange phenomenon.

When I turn on the news to watch the weather forecast, I notice something peculiar.

Rather, I should say, my wife, notices something peculiar.

It’s become a running joke in our household the way the news people and the meteorologist tiptoe around a simple four-letter word.

They do everything in their power not to beguile us with the horrors of this four-letter word.

How many ways can we talk about something without uttering its name?

It reminds me of all the caution people took in Harry Potter by not using Voldemort’s name.

He that shall not be named.

That evil, dastardly one.

To be frank, I have no idea if anyone referred to Voldemort as dastardly.

I only made it halfway through the Harry Potter series.

Maybe that should be my new spring resolution.

To finish the Harry Potter books.

I’ll put that thought back on the back burner for now.

Getting back to the up until now unspoken four-letter word.

Every year those in the broadcast media for some unknown reason will talk about the white stuff.

Yet they will not say the word.

No instead, they will say.

We might see that white stuff floats down from the sky.

When did snow become a dirty word?

When I look at snow, the last thing to come to my mind is, snow is dirty.

Cleanliness is a thing I see on occasion in my house.

Why is it that children are oblivious to the effects of a cluttered life?

Oh, back when I was not a father, I had a clean house.

Now with four children running around the house, cleanliness is much like that golden snitch that is fleeting and hard to find.

Snow, on the other hand, is clean.

There is nothing quite so marvelous and magical as waking up in the morning with a blanket of that fresh white stuff covering the world.

There I pulled a fast one on you.

Did you notice how I didn’t use the word snow two sentences ago?

Let’s try this one more time.

There is nothing so marvelous and magical as waking up in the morning with a blanket of snow covering the world.

Snow is a beautiful word.

One thing that fascinates me about snow is the theory that no two snowflakes are alike.

I always questioned that theory until I heard about all the factors that influence how the water forms the initial crystal and then grows to form the snowflake.

There are so many factors that affect the growth of a snowflake, such as humidity level, dirt in the air, temperature, wind, time of day, electricity in the air.

And I just scratched the surface of those snow growing factors.

There are many more that a scientist with more snow knowledge than I could tell you about snow.

I’ve taken you around the block a couple of times in my jaunt about snow and the avoidance of using the word snow.

This may have seemed like an article where I ramble a bit.

This past week has been one of confusion, worry, and fear.

I’ve received countless emails about how this business is reacting to COVID-19.

They all read the same.

We are protecting our employees.

Our employees are working from home.

And on and on it goes.

There’s a part of me that doesn’t want to talk about COVID-19.

Yet, I don’t want to turn COVID-19 into a word like snow.

I don’t want to tiptoe around COVID-19.

Yet I don’t want it to control my life either.

There are two possible outcomes at this time.

Either I get the virus, or I don’t.

If I get the virus, then I’ll deal with it when I get it.

The economy could go into a recession.

The economy could not go into a recession.

I don’t know what will happen.

Yet, I wonder now.

How are things different now than they were two weeks ago?

Each day I have the chance of catching a virus.

Each day I have the chance of dying for that matter.

Every day I engage in one of the most dangerous activities.

I sit behind the wheel of a car and drive on the public roads.

I’m not diminishing the seriousness of COVID-19.

I do have my worries about COVID-19.

I rarely watch the news.

Yet I’m hungry for news.

I want to know what will happen next.

It seems futile to think that somehow watching the news will assuage my anxiety.

Nothing is going to change in the space of one day to destroy COVID-19.

So why do I keep going back to the news?

Because I want answers.

I’m, like everyone else in this country, is in a bit of a holding pattern.

I wish it weren’t that way.

And sometimes we just have to be ok with being in a holding pattern.

Theodor Geisel perhaps said it best with the following refrain:

You can get so confused
that you’ll start in to race
down long wiggled roads at a break-necking pace
and grind on for miles cross weirdish wild space,
headed, I fear, toward a most useless place.
The Waiting Place…

Waiting for the fish to bite
or waiting for the wind to fly a kite
or waiting around for Friday night
or waiting, perhaps, for their Uncle Jake
or a pot to boil, or a Better Break
or a string of pearls, or a pair of pants
or a wig with curls, or Another Chance.
Everyone is just waiting.

It stinks to wait.

This too, shall pass.