What Does It Take To Build A Company That Lasts 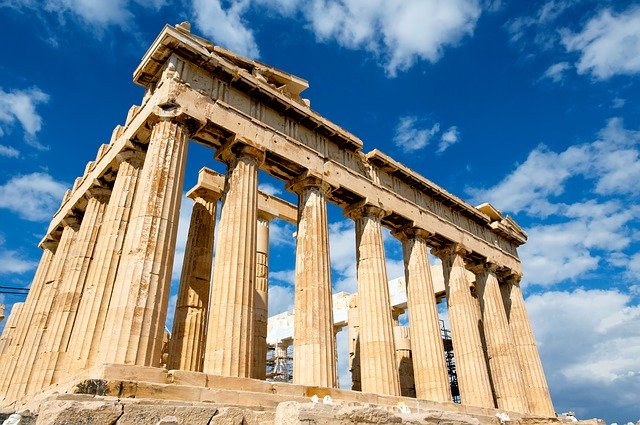 Have you ever wondered about the great companies that exist?

How did they get to be the behemoths that they are?

Think about soda – What comes to mind.

Most likely, you’ll think of Coca-Cola or Pepsi.

For most things, there is a dominant company that has the most customers.

Here’s something I’ve pondered from time to time.

Each one of those massive companies started with one person who had an idea to sell something to somebody.

Sara Blakely came up with a new undergarment for women and sold the idea to a purchasing manager, a Nieman Marcus.

Then she grew that into a billion-dollar company.

Her idea solved a problem that many women faced.

Sara Blakely built a company based on a different product.

Most importantly, the Spanx product did the job it was designed to do.

And here we are nearly twenty years later, and Spanx is still in business.

Not only is it still in business, but it is also a more successful business than it was ten years ago.

Sara Blakely grew her company in a way that was built to last.

Coca-cola is a company that was built to last.

The founder of Coca-Cola has been taking a dirt nap for many decades now, and yet the company he founded is still selling sodas and other drinks.

If you want a company that sells consistently, year after year, then the company must be built with a long-term foundation.

It takes a different motivation to focus on the long term.

When something is built based on a long-term foundation, there are different calculations that one considers.

Think about this for a moment.

If you were to build a house and you knew that it needed to last for 100 years, what type of materials would you use?

Most likely, you would be willing to spend a premium for the building materials because the goal of the house is now longevity.

If the house only needs to last for a year, you would not be willing to spend the same amount of money on those building materials.

What if the only difference between the longevity of the two houses is the quality of the materials used to build the house?

Now let’s look at your career.

Most people work for forty years.

Some people come to the end of that career, and they are penniless.

Other people come to the end of that career, and they are rich.

They both spent 40 years working.

However, they ended up with different results.

This last week I decided to write a book.

As I started researching the different options out there, I consulted some very successful authors.

One of those people gave me details on items I should budget for with my book.

He made one suggestion with the comment – I highly recommend you do this, and the investment is this amount.

I was taken aback and realized my original budget to write the book just doubled.

My heart sank a bit as I contemplated what I would do next.

One of the thoughts that came to my head was, let me do it my way.

I can do the book my way and get a book written.

That thought left my mind as quickly as it entered my mind.

As I thought more about the book that I want to write, I looked at the recommendation of my esteemed author friend, who is an extremely successful author.

He gave me his advice with the exact words – I highly recommend you do this.

What kind of fool would I be if someone I respect who is very successful, highly recommends that I do something, and I ignore his advice?

As I thought more about this, I recognized that the best way to honor this successful author was to accept his advice and follow his guidance.

I want to write a book that lasts.

It’s going to be a lot of work to write the book.

I must be willing to make the right investments to write the book so that it lasts.

But most importantly, I owe it to the people that will be reading my book next year.

They deserve the best that I can give them.

If I’m not willing to give them my best, then no amount of marketing can make up for a shoddy product.