What’s Obvious To You is Magic to Others 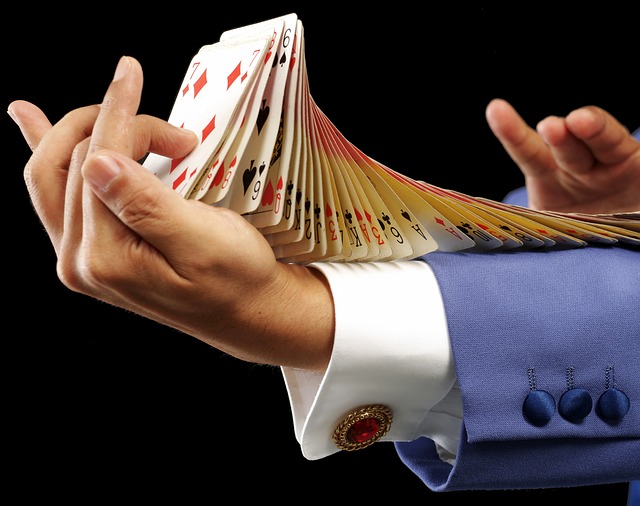 Many years ago, my wife Angel and I went to see the world-famous magician David Copperfield.

It was a spectacular show.

In the final trick of the show, David Copperfield transported himself from Raleigh, NC to a beautiful paradise island in the middle of the Pacific Ocean.

There he was on a sandy beach with the azure blue ocean lapping up on the sand.

Earlier in the show when he was in Raleigh, David Copperfield had a few audience members take a black marker and write a word on his arm.

Then a few moments later, David Copperfield teleported himself back to Raleigh the blink of an eye.

He shared his final thoughts and bid us adieu.

I was totally captivated by David Copperfield’s magic.

I remember the first time I saw him on TV.  David Copperfield made the Statue of Liberty disappear.

Then I saw him fly.

When I got home, that night I wanted to learn more about David Copperfield.  I learned that on average, he performed about 250 shows a year back then.

I can’t even begin to imagine how much work was involved in each of his magic tricks.  The dedication to rehearse and make everything perfect every time you perform.

That is some serious dedication.

Earlier this week, I sold a table that had been gathering dust in my storage room.

Gary showed up, and I helped him put the table into the trailer attached to his truck.

Gary had just moved to my town from Hollywood, California.

He spent thirty years as a cameraman working on movie sets all over the world.

I was intrigued and asked Gary why he chose to leave Hollywood.

“I just had enough of working in Hollywood.  It’s a tough gig.  The days are long.  It’s a lot of work. A short day is twelve hours.”

Gary was moving on with a new phase of life.

I then told Gary that I was setting up a simple studio in my office to record videos for my business.

I told him I would love to have his expertise in helping me set up my lighting for my simple studio.

I showed him to my studio.  Gary started rattling off all this information.

I had just bought a light kit to make sure I had good lighting for the videos.

Gary then explained that I needed to have dark walls to keep the light from bouncing onto me and washing me out with too much light.

Gary has encyclopedic knowledge about lighting and camera work.

I asked some simple questions. Gary mentioned stuff to me that I hadn’t even thought of.

I got Gary’s contact information so I can get his help with finishing up my studio once I get the supplies to darken the room.

Wow, I knew there was a lot to camera work.  However I didn’t know what Gary knew.

I was super excited at the fortunate encounter at meeting Gary.

One of the things that surprised me a bit was the way Gary said the knowledge he was sharing was simple stuff.

I thought to myself, “Yes, it’s simple to you because you’ve been doing this for 30 years.  However, for me, I think you are a camera genius.”

There is a huge benefit to gaining knowledge through many years of experience.

The reality is we all are experts in our own ways.

When we become a master at something, we’ve spent a great deal of time honing our craft.  It’s easy for us because we’ve learned through trial and error what works and what doesn’t work.

We don’t have to make the same silly mistakes we made when we first started because we know better now.

There is a lot more value to our knowledge than I think we give ourselves credit.

I look back to when I first started my accounting practice eleven years ago.

I had some confidence in myself, but there were many times when I doubted myself.

My self-doubt was most pronounced in the way I billed out my services.

I remember my first year writing off a lot of time because I didn’t think I should bill the client because it should not have taken as much time as it took me to do the work.

I had legitimately done the work.  However, I did not respect myself enough.

I had allowed my self-doubt to limit me.

I let my fear rob me of money I had rightfully earned.

I was my biggest enemy.

Many times, I’ll meet with people and provide them with a solution.

They will remark to me, “Damon, that is amazing!”

Then I’ll respond much like Gary responded to me, “Oh, it was simple.”

Yes, it was simple to me.  However, what I did was magic to them.