Why I Quit My Comedy Career 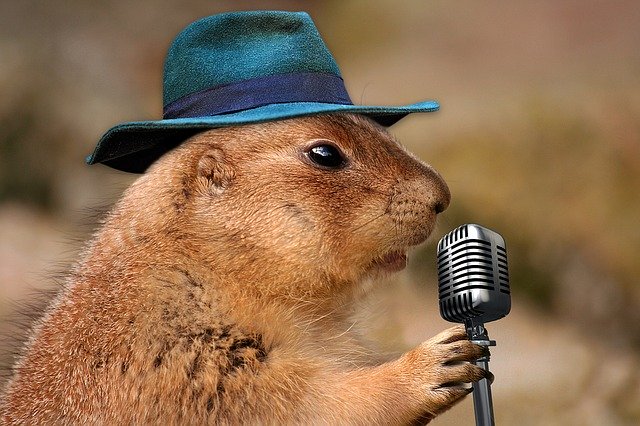 There I was standing on the stage with a microphone in my hand.

Behind me was a brick wall.

I had rehearsed my set and I was primed and ready to go and make some people laugh.

I already prepped myself that they were going to either be laughing at me or laughing with me.

Hey, as long as they were laughing, I was going was doing my job.

I get it now why so many people want to be in the funny business.

Just think about the rush of joy that washes over you when you someone laughs at something you said.

And you meant for that thing to be funny…

Its’s one thing when people laugh at you…

It’s another thing when people laugh with you.

Bringing someone to the point of laughing so hard they cry is one of life’s great pleasures.

Laughter is one of humanity’s most precious gifts.

We as adults spend very little of our time laughing.

I for one spend most of my day working.

Some days the only thing I have to look forward to watching my favorite TV show after dinner.

I slog through the day with a slight glimmer of hope that my favorite TV show will bring me a laugh and I will be entertained.

After watching that TV show I smile and reflect on the day that was.

At least I had that moment of laughter to bring some positive emotions to the surface.

That’s the backstory of why I decided to become a jokester.

For those that have never thrown their hat in the ring on a stand-stage, it can be a freighting experience.

The first hurdle to jump over is the speaking in front of people part.

Then you have to be clever enough to say something funny.

Just think about how scary it can be to stand up in front of a crowd.

Jerry Seinfeld had an interesting observation about public speaking.

“According to most studies, people’s number one fear is public speaking.

Does that sound right?

This means to the average person, if you go to a funeral…

You’re better off in the casket than doing the eulogy.”

Comedy was a blast.

There is something amazing about being around funny people.

Here are the top three lessons I learned from my brief career in comedy.

You have to put in the work.

What’s the work in comedy?

To the uneducated, the work in comedy is writing jokes.

Joke writing is where one becomes good at the craft of comedy.

There is something unique about comedy that doesn’t apply to any other form of entertainment.

Once someone tells a joke and experiences the humor and laughter ensues the joke ceases to have the power it once held before the joke was told.

The first time I heard Jerry Seinfeld share his observation on comparing the fear of public speaking with the fear of death I laughed myself out of my seat.

The joke is still funny to me.

However now I know the punchline of the joke.

A joke is very similar to a present.

Once the present is unwrapped we know what we’re getting and the emotion tied to the anticipation of what was coming dissipates.

Contrast this with a song.

How many times can you listen to your favorite song and enjoy that song.

The Rolling Stones are still touring because the sing the same songs over and over again and people keep buying tickets for sold out stadiums.

Success is based on throwing away the bad and only keeping the good.

George Carlin was famous for his comedy.

He would develop a new routine every few years.

Once he did a comedy special, he would start over.

Because his old jokes had been told, he couldn’t go back to that well again.

Those jokes would no longer be as funny.

He had to come up with new material.

Here’s what a good comedian does.

He goes to a comedy club and tries out his material.

How does he know if his material is good?

The audience lets him know.

If they laugh, then the material is funny.

If they don’t laugh, the material is not funny.

Now think about this for a moment.

The comedian is the master of making people laugh.

Yet many times the comedian tells a joke that he/she thought was funny that got no response.

In comedy one of the worst feelings is when you tell a joke that you thought was funny and the joke bombs.

Hearing the sound of crickets when you’re standing on the stage is a miserable feeling.

The only sound worse than that is hearing groans.

Well, there is one more sound that is probably worse.

The sound of a rotten tomato splattering on your left cheek.

Even though the comedian knows what is funny, he/she has to test out the material to learn what the audience thinks is funny.

Then the comedian must take his/her lumps.

The comedian has to bomb a bunch in order to find the golden nuggets of laughter.

It takes time to get good at anything.

For most comedians, it will take a solid year of constant stand up to develop five good minutes of material.

That means a lot of jokes are told that just didn’t work.

The joke starts out in its infancy as one thing and then grows through refinement and honing until the joke is tight and has just the right words to deliver the punchline to uproarious laughter.

Mining for a joke is much like mining for gold.

In the most prosperous goldmines, the gold is hidden in tons of dirt.

The best goldmines in the world only have 18-20 grams of gold per ton of dirt.

This is perhaps the best way to view becoming good at comedy.

You have to go through a lot of garbage to get to the good stuff.

The Real Reason I Quit Comedy

Now that I’ve shared with you my comedic experience, it’s time for me to reveal why I quit comedy.

Comedy is a late night activity.

Most comedy clubs don’t get rocking and rolling until after 9 pm.

I had two young children at the time I started telling jokes.

I was also working full time.

If you want to make any good money at comedy, you must become a traveling comedy.

As I reviewed what it took to become good at comedy, I concluded that comedy would not be a good career for me.

I recognized that it was going to be easier for me to make money pursuing a different career.

However, I learned the valuable lessons above that have served me well in business.

I have a few recordings of my standup comedy routines.

If you’d like to see if I was really funny, send me an email at damon@www.damonyudichak.com and include the word COMEDY in the subject line and I’ll send you the videos.