Winning At The Game Of Business 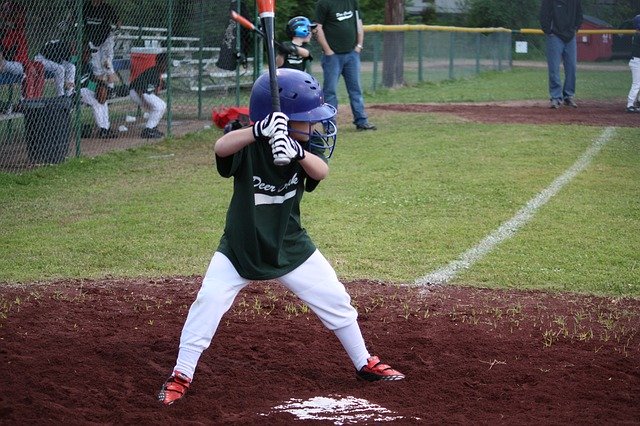 When I was a young boy, I fell in love with baseball.

My love affair with baseball began when I joined a youth Tee Ball team.

My father was in the Army, and we were living in West Berlin, Germany, at the time.

I say West Berlin because this was a time when communism was still alive and well in Eastern Europe.

There were two Germanys, West Germany, and East Germany.

There were also two Berlins, West Berlin, and East Berlin.

I still remember the day my father took me to the store to get me my very first baseball glove.

It was a Wilson baseball glove.

I placed the glove on my left hand and then proceeded to stick my face in the glove.

The aroma of fresh leather penetrated my nose, and I was in heaven.

I began going to Tee Ball practice and having a blast getting to know my teammates.

I still remember the first time I got onto first base after hitting the baseball from the Tee.

I stayed on base and progressed toward second and then to third base.

Then, my teammate, Johnny, hit the ball way out into right field.

I watched as the ball soared through the air.

I was captivated by the flight of the ball until…

I heard my coach yell at me, “Damon run home!!”

I was startled at first but then put my behind into gear.

Johnny had hit the ball well enough that I could have easily walked to home plate and scored a run.

However, I wanted to relive the lives of my baseball heroes.

I was a few feet from home plate, and I kicked my legs out from underneath me so I could slide into home plate.

I scored my first run, and I was delighted.

Not only that, but there was a streak of reddish-orange dirt down the side of my white baseball pants.

I slid so hard into home plate that I stained the dirt into my baseball pants.

On my face was a perm grin that stayed on my face for the rest of the week.

I scored a run and helped my team win the baseball game.

That day on the baseball field was the day I learned the joy of winning.

Very few things in life can compare with the reward of winning.

Once you win once, you want to be a winner for the rest of your life.

Experiencing winning and losing is one of the great journeys of youth sports.

Sports are so important to people because it gives them a chance to win games each week.

Sports make people feel alive and get the chance to win.

For many people, sports becomes a metaphor for life.

Just think how much time, money, energy, and resources people devote to their favorite sports teams.

Some people will section off parts of their homes to celebrate and create new sporting memories.

Winning is an integral part of our lives.

We love to win.

The most important thing about any game is knowing how to win that game.

In baseball, winning means you score more runs than your opponent.

In golf, the person with the lowest number of strokes wins.

In basketball, the team that scores the most amount of points wins the game.

In running, the person that travels the distance in the shortest amount of time wins.

Now let’s take what we know about games and translate that to business.

Once we know how to win, we have to define rules that players of the game agree to live by.

In boxing, kicking is not considered fair play.

You would have to go to another sport to kick the living daylights out of your opponent.

By defining the rules of a game, we establish a framework for how to win.

Without the rules, we don’t have a game that people can compete in.

In business, winning means the business makes a profit.

To define winning in business further, making a profit means that there is more money in the bank account at the end of a period than at the beginning of the period.

Now the period can vary from one day to one week to one month to one year to ten or twenty years.

One of the fascinating things about business that is different than games is we have control over the time period.

In basketball, one may only have 60 minutes to score more points than their opponent.

However, in business, if we are not winning during a time period, we can extend the time period and give ourselves more time to win.

In business, we get the opportunity to guarantee we win by redefining how much time we have to reach our goal.

Think about this for a second.

You’re in business for your first year, and you lose money.

During year one, you are a loser in business.

Now you say, I think I now know what it takes to win, so I’m going to give myself more time to win the game.

I’m going to give myself an extra year to prove I can win this game of business.

Now in year two, you use all those lessons learned from the previous year and you make five times as much money as you did in year one.

Now when you look at your bank account, you have more money than you did at the beginning of year one.

For those two years, you are a winner in business.

What a tremendous gift that is that we can transform a losing year into a winning year.

This means that in reality, we only have failures in business if we end the game with losing.

When we lose, we either didn’t know the right way to play the game or we weren’t good enough yet at playing the game of business.

We just needed to refine our skills.

We just needed more time to do the right things right.

So when we find ourselves losing in business, we can just call it a scrimmage game.

It was just a practice game to teach us how to be a winner.

So don’t be afraid to lose.

We only lose when we decide to call it a game.

By losing in the early part of a game, we are learning how to become winners.

Just make sure you learn those lessons and put them into action!

If you’re looking to get better at winning in business this year, email me at damon@www.damonyudichak.com withe the word WINNING in the subject line and I’ll get you all the details.