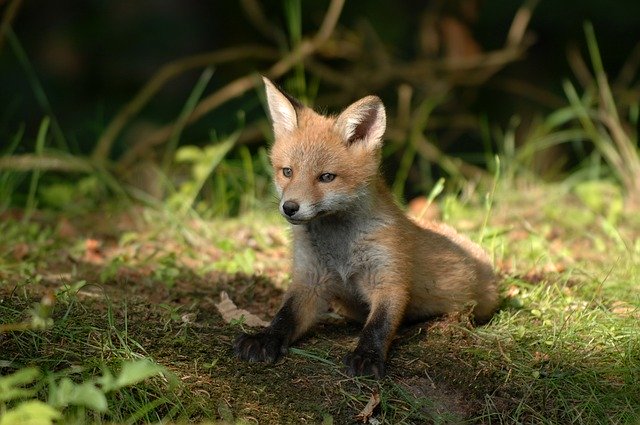 There’s an old saying out there that excuses are like armpits, everyone has them, and they all stink.

Excuses are the loser’s way of not taking responsibility for their actions.

A Fox one day spied a beautiful bunch of ripe grapes hanging from a vine trained along the branches of a tree. The grapes seemed ready to burst with juice, and the Fox’s mouth watered as he gazed longingly at them.

The bunch hung from a high branch, and the Fox had to jump for it. The first time he jumped he missed it by a long way. So he walked off a short distance and took a running leap at it, only to fall short once more. Again and again he tried, but in vain.

Now he sat down and looked at the grapes in disgust.

“What a fool I am,” he said. “Here I am wearing myself out to get a bunch of sour grapes that are not worth gaping for.”

And off he walked very, very scornfully.

There are many who pretend to despise and belittle that which is beyond their reach.

There are a couple of points I’d like to share with you about our dear friend the Fox.

The fox shows us how to be a skilled artist at making excuses for our failures.

Here are the exact steps the fox took to illustrate his failure.

Now I’m going to elaborate on each step.

The Fox Had A Dream

The fox saw something he deeply desired.  There they were those scrumptious grapes.

He saw them oozing with delectable nectar that was going to fill his soul full of delight.

His dream became so vivid that his body started to act as if he already had the grapes.

His mouth began to water in anticipation.

I can only imagine that the fox believed there was nothing that would keep him from feasting on the grapes of grandeur.

Accomplishment of anything in life begins with a thought.

There is an old proverb of wisdom that shares with us the power of our thoughts.

As a man thinketh in his heart, so is he…

Everything starts with the seed of our thoughts.

Take a moment and look around you.

If you are in a building or if you are outside, look at what surrounds you.

If you are in a building, before that building became a reality, somebody, somewhere, came up with the idea of that building.

They developed a design or plan for the building.

Then somebody took that plan and put materials and labor together to create the building.

The building was first formed when somebody thought it would be a good idea to have a building here.

Everything in the material world began as a seed, which was a thought.

So, if you want to create something great, first you have to have a thought about it.

The Fox Worked To Achieve The Dream

The fox was smart enough to know that just dreaming about the grapes was not going to bring him the tasty, delightful grapes.

The fox recognized that he had to do something to get the precious grapes.

He jumped once, and he didn’t even come close.

If the fox were playing basketball, the crowd around him would have yelled out AIR—BALLLLLL.

He didn’t even come close.

It’s a good thing there was nobody around him when he first jumped because they would have probably laughed at him and scorned him for being vertically challenged.

However, the fox was persistent in his desire to nab the grapes.

The dream of tastiness was still burning bright in his heart.

He decided he just needed a running start.

With enough of a leading run, he could gain enough momentum to propel him high into the sky to gather up the sweet prize.

But that attempt didn’t work.

The fox tried and tried again.

Persistence, in many instances, is the difference-maker between success and failure.

The Fox Quit On His Dream

Here we are at a point of high drama in the story of the grapes.

The fox is at the breaking point.

He’s exhausted all of his energy pursuing the dream of grapes.

He was so doggedly determined to reach those plump grapes.

However, what he was doing wasn’t working.

It was physically impossible for him to get the grapes.

Our friend, the fox probably never heard anyone say there is more than one way to skin a cat.

What the fox failed to recognize is there were other ways to get to the grapes.

The fox could have gone down to the local hardware store and bought a ladder that was tall enough to reach the grapes.

The fox could have climbed up the tree.

The fox could have gotten in his car and run the tree over.

Just think how many grapes he could engorge himself on if all of the grapes were within his reach.

The fox could have called his friend the owl and asked the owl to grab the grapes from the tree and bring them down to him.

There are just five other ways to get grapes that the fox didn’t consider.

Now I’m sure there are countless other ways the fox could have connived to get those grapes.

But the fox didn’t spend any time trying to figure out a better way to get to his dream.

Instead, he took the loser’s way out.

He got sour and thus concluded that the grapes way up in the tippy-top of the tree must be sour as well.

He made an excuse for his failure

He allowed a defeat to diminish his dream

Consequently, he concluded that the grapes were sour and thus weren’t worth achieving in the first place.

The fox proves to us that we can have results or we can have excuses – but we can’t have both.

If you’re looking to get better results with your business, send me an email at damon@www.damonyudichak.com with the word RESULTS in the subject line and I’ll see what we can do.