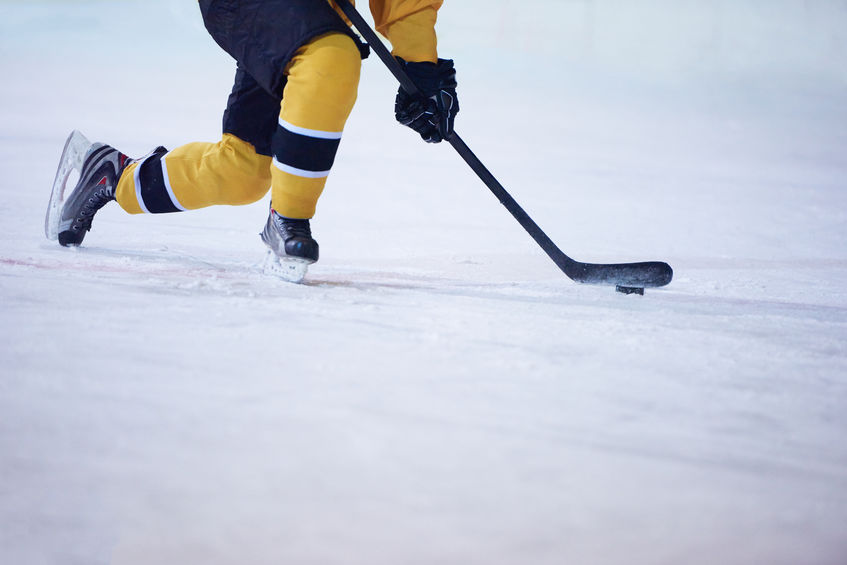 Yesterday, my son and I attended a hockey game.

We all celebrated as the home team won during the shoot out.

After the game, the team invited all children the opportunity to take a shot at the goal.

We were interested in this fun opportunity until we saw the line of other people waiting to get on the ice.

I’m not a fan of waiting in line, so I voted that we all head back to our car so we could call it a night.

Pouting ensued and I relented.

As soon as I relented, we overheard someone say that another line was forming on the other side of the hockey rink.

We sauntered quickly to find to the other end of the arena to find hardly anyone in the new line.

There was my boy Levi on the ice of with hockey stick in hand ready to shoot the puck into the goal.

He’s seven years old, and while I hoped he’d make the shot, I was prepared for a miss.

Someone from the crowd, “Come on, Dude, You can do it.

Levi swung the hockey stick and the puck sped right into the goal.

I yelled with glee as he scored.

It was a proud moment for yours truly.

As Levi walked back off the ice towards me, he was grinning from ear to ear.

Then I thought to myself, wouldn’t it have been a shame if everyone had listened to me and Levi had missed out on his opportunity to sling the puck.

It just took a little bit of my effort to create a fun memory for my son.

Sometimes it just takes a little bit of effort to make all the difference in the world.